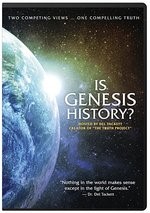 Nashville, TN – On the heels of Fathom Events announcing a special one-year anniversary screening for IS GENESIS HISTORY?, the filmmakers have announced that additional bonus footage has been added to the film exclusively for the one-night February 22 event.

This new segment of the film features Dr. Del Tackett touring the acclaimed Ark Encounter with a group of college students who formed a “Creation Society” club to explore the topics of science, faith, and creation. 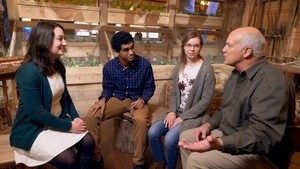 Filmmaker Thomas Purifoy Jr. explains, “We were contacted by a group of students from Wheaton College who asked that we screen the film and open up a discussion on their campus. To our surprise, the students revealed that only 2 out of 200 professors on campus believed in young Earth creation.”  Three of these students are interviewed in the new bonus materials.

This one-night event meets the overwhelming demand that the film continues to receive from audiences seeking answers to the origin of life, the creation of the earth, and the reliability of scripture.

To date, nearly 850 theaters across the U.S. will show the event on February 22 at 7:00 p.m. local time. Group ticketing has also been made available to help facilitate the large numbers of small groups, churches and schools who plan to attend.

On February 23, 2017 IS GENESIS HISTORY? first released as a Fathom event, finding incredible audience support and sold-out auditoriums around the country. The event ranked No. 1 at the box office for the day and achieved the No. 1 per screen average, earning it two theatrical encore presentations.

According to Variety, IS GENESIS HISTORY? landed as Fathom Events’ No. 2 highest grossing event for 2017.

Tackett states, “IS GENESIS HISTORY? has far surpassed our expectations. We are honored to have the opportunity to work with Fathom Events on an anniversary theatrical screening. Many have expressed interest that they would like the opportunity to share the film experience with their friends on the big screen. We hope this additional screening will help open up conversations and continue to inspire people to seek out answers to life’s biggest questions.”

Filmmaker Thomas Purifoy Jr. continues, “With this encore anniversary screening, we hope that more viewers will be challenged and inspired by how science and theology intersect with the history recorded in Genesis. It was an incredible journey filming IS GENESIS HISTORY?, and we are honored that so many viewers and supporters are continuing the conversation.” 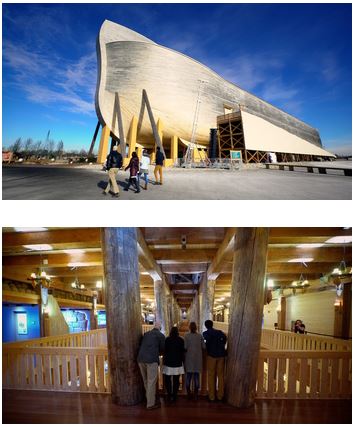 About the film:
Through on-location interviews with scientists and scholars, IS GENESIS HISTORY? examines the two conflicting histories about the origins of the Earth and the Universe. With an immense body of new research and discoveries, IS GENESIS HISTORY? unpacks and presents positive, evidence-based arguments for the credibility of the Bible as accurate history.

Host Dr. Del Tackett introduces viewers to experts in a variety of areas including biology, geology, astronomy, archaeology, philosophy, theology, and paleontology. Tackett and the film crew travel the continent, examining scientific data at its source from the perspective of the history recorded in Genesis. This journey explores questions such as soft tissue in dinosaurs, the accuracy of radiometric dating, the nature of the genome, the timeline of natural history, the design of the universe, and the reality of a global flood.

From the filmmaker:
Director and Producer Thomas Purifoy Jr. states, “We continue to be encouraged by the outpouring of people’s interest for IS GENESIS HISTORY?. Questions regarding our origins matter, and we hope the film continues to find an audience that wants to understand the tough questions of life, science and faith.”

About Del Tackett:
Dr. Del Tackett is the former president of the Focus on the Family Institute and former Senior Vice President of Focus on the Family. He created Focus on the Family’s The Truth Project – a nationwide project to bring the Christian worldview to the body of Christ. Tackett served for more than 20 years in the U.S. Air Force and was appointed by President George H.W. Bush as the director of technical planning for the National Security Council. Tackett’s degrees are from Colorado Technical University, D.M.; Auburn University, M.S.; and Kansas State University, B.S. His many published works include pieces on worldview and cultural issues. A popular conference speaker, Tackett speaks on topics such as American Christian heritage, Christian worldview, technical subjects, and management.

About Compass Cinema:
Compass Cinema is a Nashville-based film-and-video production company creating documentaries, narrative films, and educational products. It aims to make learning about God’s world fun and engaging for everyone.

To purchase tickets or for more information on the encore anniversary Fathom Event: https://www.fathomevents.com/events/is-genesis-history

For more information on the film: http://www.isgenesishistory.com