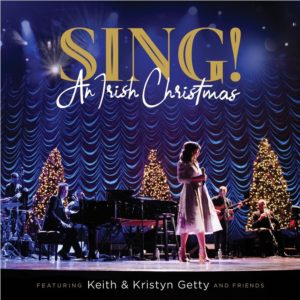 GETTYS RELEASE “SING! AN IRISH CHRISTMAS – LIVE AT THE GRAND OLE OPRY HO– USE” OUT TODAY 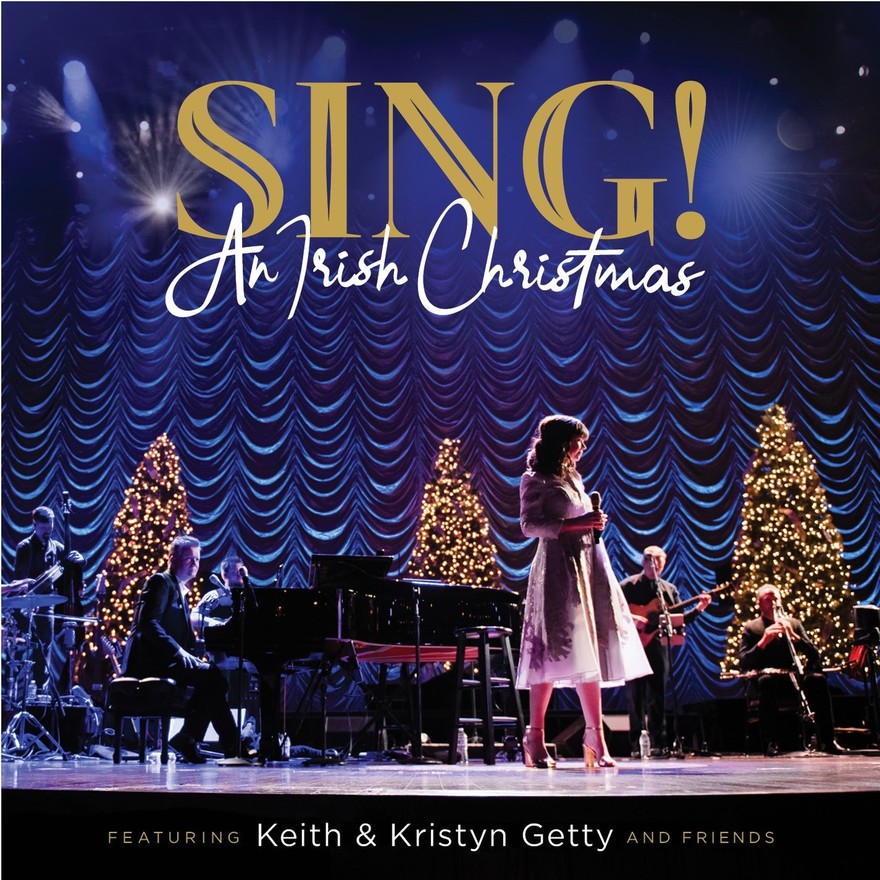 NASHVILLE, Tenn. (Oct. 25, 2019) — Coming off of a Dove Award win for “Inspirational Album of the Year,” Keith and Kristyn Getty show no sign of slowing down. The prolific modern hymn writers release “Sing! An Irish Christmas – Live at the Grand Ole Opry House” featuring Keith & Kristyn Getty and friends today ahead of their TBN special “Sing! An Irish Christmas.” Recorded live at the iconic Grand Ole Opry House in Nashville, Tennessee, the Gettys were purposeful in bringing together a group of World Class guest artists to challenge the notion of what you normally hear in a holiday-themed project and to teach the nation some of the great carols of the faith. Collaborations with artists and musicians such as indie-folk singer-songwriter Ellie Holcomb, classical guitarist Phil Keaggy, and rapper Trip Lee make for a diverse sound and unique listening experience. “Sing! An Irish Christmas – Live at the Grand Ole Opry House” includes classic Christmas songs and modern hymns written by the Gettys and friends. Stream and purchase the album on Spotify, Apple Music/iTunes, Amazon, and the Getty Music Store.

With a song selection that spans across hundreds of years of celebration of Jesus’s birth, “Sing! An Irish Christmas – Live at the Grand Ole Opry House” features sixteen tracks masterfully arranged by the Gettys and friends and performed by a preeminent group of musicians to be featured on the TBN special of the same name. Venezuelan classical flutist Pedro Eustache, whose performance credits include “Game of Thrones” and “Lord of the Rings” performs on two tracks. One of inspirational hip hop’s most venerated voices, Trip Lee guest raps on “O Children Come.” Guitar virtuoso Phil Keaggy contributes to an instrumental version of “Silent Night” and Getty label mates Matt Boswell and Matt Papa contribute a new modern Christmas Hymn “Sing We The Song of Emmanuel.”

This brand new album from Keith & Kristyn Getty unites tradition and innovation into a vibrant celebration of the Christmas season that is perfect for all of your holiday celebrations. In these collaborations, the Gettys present new interpretations on Christmas staples such as a country-influenced rendition of “Sleigh Ride” and a fiddle-driven performance of the 300-year-old classic “Joy To the World.” Additionally, they perform contemporary hymns “In Christ Alone,” written by Keith Getty and Stuart Townend and “Elizabeth,” written by Kristyn Getty and Ellie Holcomb. See these songs performed live by the Gettys and friends on TBN’s special “Sing! An Irish Christmas” airing this December or live on tour this winter.

Keith Getty, who was made an Officer of the Order of the British Empire last year for his contributions to music and modern hymn writing, says, “Ten years ago we started to write Christmas music with the dream of creating a Christmas show built around the great carols of the faith. To be able to come to the Grand Ole Opry House, as part of the Sing Conference and record this new album and television special is beyond our wildest dreams. We hope these new recordings serve to bring to a new generation the great carols of the faith, that many will sing to themselves, their families and their churches for many Christmases to come.”

Hear these tracks now, see them on TBN’s special in December, and experience the show live on the Getty’s Sing! An Irish Christmas 2019 Tour, which has sold out Carnegie Hall and the Kennedy Center five years in a row and has hosted a range of guests from Alison Krauss and Ricky Skaggs to Heather Headley and Matt Redman with speakers including Tim Keller and Joni Tada. To learn more about the tour, visit the Getty’s website at https://www.gettymusic.com/christmas.

ABOUT KEITH & KRISTYN GETTY
Keith and Kristyn Getty occupy a unique space in the world of music today as preeminent modern hymn writers. In re-inventing the traditional hymn form, they are creating and cultivating a catalog of songs teaching Christian doctrine and crossing the genres of traditional, classical, folk and contemporary composition which are sung the world over. In 2017, Keith Getty was made an “Officer of the Order of the British Empire” (OBE) by Queen Elizabeth II for his contribution to “music and modern hymn writing,” marking the first time the award had been given to an individual involved in the world of contemporary church music. Keith and Kristyn Getty are the authors of “Sing! How Worship Transforms Your Life, Family, and Church,” published in 2017 by B&H Publishing Group.

Bringing their world-famous and unique blend of Irish/American bluegrass and modern approach to traditional hymns, Getty Music has given us timeless treasures for the church and the Christian life. From classics like “In Christ Alone” and “The Power of the Cross” to several albums recorded especially for children and the family, all ages are sure to enjoy their inclusive feel to their musical performance and world-class professional tour. For more information on Getty Music and the Sing! initiative, visit www.gettymusic.com.

GET SOCIAL WITH GETTY MUSIC