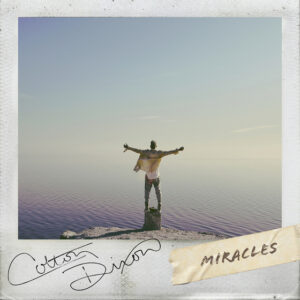 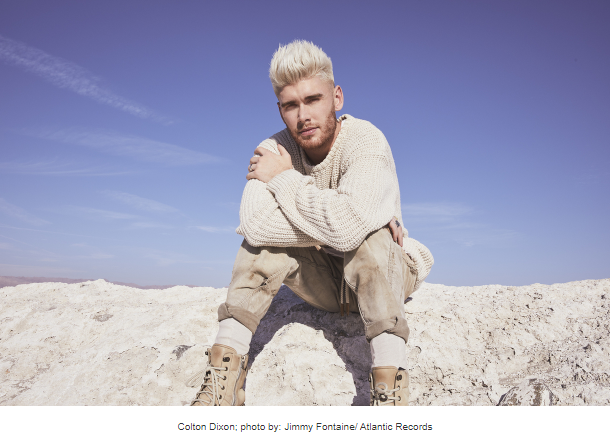 “Colton is a true talent with an amazing vocal tone and delivery,” David Silberstein, Vice President, A&R at Atlantic told Billboard. “Building on the strong foundation of Colton’s Christian music background, we’ve continued developing his songwriting with new lyrical concepts and productions that are very personal to him. The music he’s coming with feels bold but remains true to who Colton is and what he stands for.”

“I’ve written so many songs over the past three years,” echoes Dixon about the time he’s spent songwriting in Los Angeles. “Even though the world probably won’t hear them all, I enjoyed every session. I’ve gotten to write with people from all different beliefs and walks of life. We were able to have real conversations about faith, family, struggles, and life, in general.”

About the first single, “Miracles,” he says, “This is a song that has meaning and depth, but it just feels fun musically. Some things are more than coincidence. I believe there is a God who loves you and looking out for you. I’m pointing out to others that there’s more to life than meets the eye. I believe miracles happen all around us. I’d like to encourage all of us to slow down a bit, so we can see and appreciate the miracles for what they are. 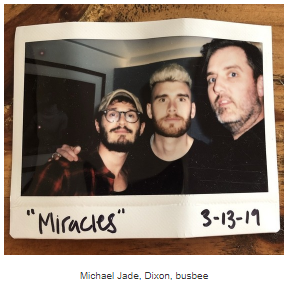 “Miracles” also serves as a powerful conclusion to a longstanding collaboration with the late busbee [P!nk, Kelly Clarkson, Jon Bellion, Gwen Stefani, etc]. Their partnership dates back to Colton’s first No. 1 single “You Are.”

“busbee was the best,” Colton smiles. “He made it a point to always hear my vision for what we were writing. He’d bring his expertise to it. I really appreciate how he took the time to understand and support what I wanted to do. We’re all going to miss him very much.”

ABOUT COLTON DIXON
Colton Dixon quickly became a household name in 2012 when he was voted a fan favorite and made it to the top seven on Season 11 of Fox’s hit show AMERICAN IDOL. His career has been on the fast track ever since, now boasting over 100 million streams across all platforms. Dixon’s 2013 debut, A Messenger, set the record for biggest first-week sales by a new solo Christian act, becoming the No. 1 selling album by a new Christian artist. Dixon is also a Steinway & Sons artist, following in the footsteps of legendary artists such as Harry Connick, Jr. and Billy Joel. Dixon’s sophomore effort Anchor included the most played Hot AC single of 2014, “More Of You,” which spent three weeks at No. 1, as well as “Through All of It,” his fourth consecutive No. 1 at Hot AC Radio. In 2013, Dixon won a Dove Award for Best Rock/Contemporary Album Of The Year, along with two additional nominations. In 2015, Anchor was honored with the Dove Award for Rock/Contemporary Album of the Year. Dixon received back-to-back K-LOVE Fan Award nominations for Male Artist of the Year in 2014 and 2015, followed by the release of his third studio album Identity, which included the top 5 single “All That Matters,” whose video was premiered by PEOPLE magazine.