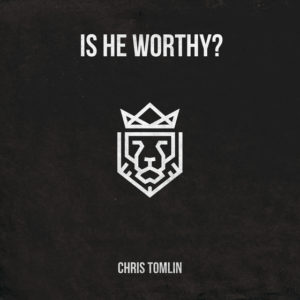 Nashville, TN (February 1, 2019) – Even now, after a career built on some of the most impactful worship songs of the last decade and an estimated 20-30 million people around the world singing his songs in worship each week, Christian artist Chris Tomlin continues to create and record songs that moves the church to praise God. Today, Chris is releasing a new EP (available HERE ) and live video, IS HE WORTHY? Watch the live performance video HERE.

“I am always excited when I get the chance to record a song someone else has written because I can brag on it, Is He Worthy?, written by Andrew Peterson and Ben Shive, is no exception,” shares Chris. “The first time I heard the song I knew it was a game changer for the church. I am so excited to release this EP. On it there are three versions of the song. One that was recorded live at a small church in Nashville. It is so special when you hear the people singing together.”

The three-song digital release contains three unique versions of “Is He Worthy?” which became the most talked about song from Chris’ Holy Roar studio album released last fall. Music Row Magazine called the song the “sterling gem” on the album. The IS HE WORTHY? EP includes the original studio recording that boldly features four choirs from across the globe, a live band performance recorded during a livestream night of worship event held in Nashville last fall and an acoustic version with Chris, featuring songwriter Andrew. Today, they will perform it live at the annual Worship Together conference in Nashville.

About Chris Tomlin
Chris Tomlin is one of the most heralded singer-songwriters in the world who has amassed an impressive body of work. With 12 albums, 16 #1 radio singles, a Grammy and an American Music Award, 3 Billboard Music Awards, 21 Dove Awards, a BMI Songwriter of the Year Award with two platinum and five gold albums to his credit and 8 million albums sold, Chris is among the most recognized and influential artists in any genre of music known around the world. It is estimated each week 20-30 million people sing one of his songs in worship. In another career milestone Chris became one of only four artists ever to receive the Sound Exchange Digital Radio Award for over 1 Billion digital radio streams, others include Justin Timberlake, Pitbull and Garth Brooks. Chris’ concert tours have sold-out venues in major cities including New York City’s Madison Square Garden, The Forum in Los Angeles, Nashville’s Bridgestone Arena and Red Rocks in Denver, among others. In 2018, Chris launched his own imprint record label, Bowyer & Bow, in partnership with Capitol Christian Music Group. On March 7, Chris will launch the “Holy Roar Tour.”