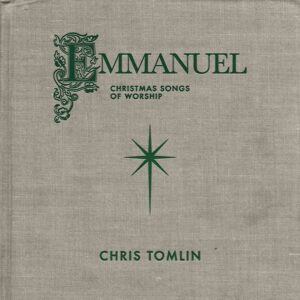 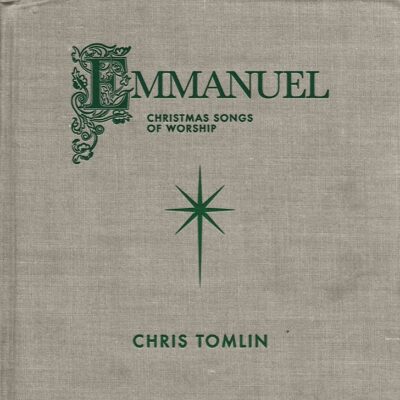 The live performance music video for the album’s lead song, “Emmanuel God With Us,” was filmed at Ocean Way Studios in Nashville with director/producer Cory Reynolds. Watch it HERE.

“Oftentimes we find ourselves lost in the hustle and bustle of the Christmas season… focused on gifts and travel and everything else, but what I love about Christmas music is that it stops us and reminds us of the true reason for the season, the birth of our Savior,” shared Chris. “That is why I love writing and recording Christmas worship songs and I am so grateful to release my third Christmas album today with so many of my incredible friends! My hope and prayer is that these songs help remind people that Christmas is truly God’s great surprise to the world.”

“Worshipping with Chris and the choir was a powerful Christmas experience,” said CeCe Winans. “‘O Holy Night’ is still one of the most powerful songs about our Savior’s birth!”

“Such a joy to be part of this new Christmas version of ‘Crown Him’ with my friend Chris,” shared Matt Redman. “Ever since I’ve known him, he’s always carried a passion for Christmas music – and he’s been so consistent at singing age-old truths in brand new ways. I know this latest album is going to inspire so many hearts to sing to the Savior.”

“Chris has been such an incredible champion for our band, and we could not be more grateful and honored to do our song ‘Christmas Day’ with such an amazing artist,” shared We The Kingdom.

“For me the story of Christmas is first and foremost about Joy! It’s good news, it’s worth shouting about, that’s what this song is about!,” said Blessing Offor. “I’m honored that it gets to sit alongside all of these other amazing songs and artists! I’m so grateful to Chris for seeing the promise of ‘Hallelujah.’”

Chris exclusively announced the album with People Magazine earlier this month, sharing he chose to focus on the worship aspect of this new Christmas music, something to help bring people together because “if we ever needed to know God is with us, it is now.”

1. Emmanuel God With Us
2. Christmas Day (with We The Kingdom)
3. All The World Awaits (Hosanna)
4. Hallelujah (with Blessing Offor)
5. I Heard The Bells on Christmas Day
6. His Name is Wonderful
7. O Come, O Come Emmanuel
8. Hope of Israel
9. O Holy Night (with CeCe Winans)
10. Crown Him (Christmas) (with Matt Redman)
11. O Little Town of Bethlehem
12. Crown Him (reprise) (with Matt Redman)

The new Christmas album follows two highly successful collaborations projects, 2020’s #1 debuting Chris Tomlin & Friends which includes his second longest running #1 song “Who You Are To Me” with Lady A that topped the charts for six consecutive weeks, and Chris Tomlin & Friends: Summer EP released this July. 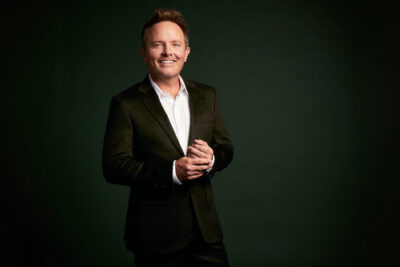 It is estimated that 20-30 million people across the world sing one of Chris’ songs every week in church services in nearly every language. Time magazine heralded him as the “most often sung artist in the world” as his music has inspired and uplifted an entire generation of believers. Along the way, Chris has scored 17 #1 one singles at radio, placed 29 top ten hits (more than any other Christian artist), sold more than nine million albums with 4.5 Billion career global streams, earned a Grammy, three Billboard Music Awards, more than 25 Dove Awards, became a two-time BMI Songwriter of the Year honoree and an ASCAP Songwriter of the Year. In 2016, he was named one of only four artists ever to receive the Sound Exchange Digital Radio Award for over 1 Billion digital radio streams, alongside Justin Timberlake, Pitbull and Garth Brooks. Chris is also the first Christian artist to reach the Billion streams threshold on Pandora and was presented with their BILLIONAIRE award.