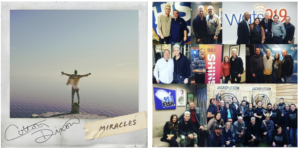 Nashvile, TN … February 7, 2020 – Colton Dixon’s “Miracles” is already creating a buzz as fans across the globe are sharing their own #CDMIRACLEMOMENTS via a special polaroid filter on Dixon’s website. The track is simultaneously being called “fantastic,” while encouraging listeners to “notice everyday miracles,” and “the importance of feeling God’s love in our lives,” while also simply lauded as “an upbeat, fun pop song“. To watch the music video for “Miracles” click here, and its brand new lyric video, click here. 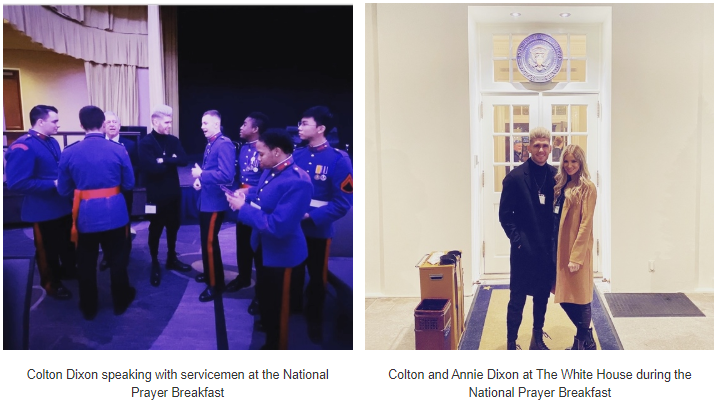 This past week Dixon kicked off a 30+ station radio promo tour following an event hosted at his parent’s business, Jack Split Axe Throwing with over 26 programmers present – before hitting markets such as Atlanta, Greenville, Cleveland, Columbus, Cincinnati, Baltimore, and Washington D.C., leading up to appearances at the National Prayer Breakfast including the breakfast itself along with the Closing Dinner.
“It’s be so great to travel again and catch up with these amazing radio teams,” remarked Colton. “I can’t wait to hit more in the next several weeks! It was also an honor to be a part of the National Prayer Breakfast events and to meet so many leaders in our country that truly love and want to serve God.”