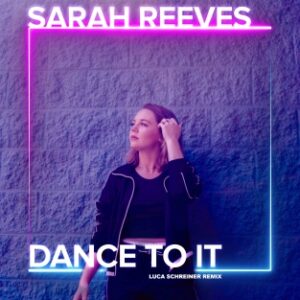 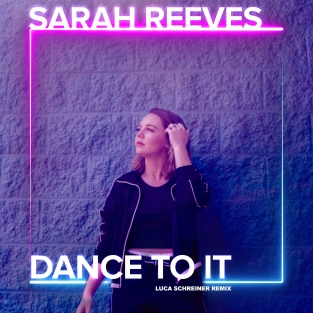 With a chorus that toasts the ups and downs of life, “Dance To It (Luca Schreiner Remix)” provides a soundtrack to every high and every low. “To the love, to the pain, to the memories we made, to the past, to the dreams, to the future unseen, we can dance to it,” Reeves sings.

“So many of my songs are lyrically driven, but this one is just a feel-good song,” Reeves shares of the fresh track she co-wrote with Cameron Jaymes and Nick Bailey. “It doesn’t say much, but it speaks the language of the soul, which is dancing.”

“Dance To It (Luca Schreiner Remix)” pumps up the volume on Reeves’ original version of the song found on her latest LP, Life Love & Madness, which debuted in the Top 5 of the iTunes Singer/Songwriter album chart when it released last fall. Today’s premiere of “Dance To It (Luca Schreiner Remix)” follows the recent unveiling of “Not My Style (R3HAB Remix),” which quickly racked up one million streams on Spotify in just one week, upon release. Watch the official visualizer for the remixed track HERE.

Earlier this year, Reeves’ single, “Just Want You”—originally tracked for 2018’s Easy Never Needed You, and most recently recorded live with The Belonging Co.—reigned at the top of both the Mediabase Hot AC chart and the Billboard Christian Hot AC/CHR chart for multiple weeks. Additionally, Reeves is currently featured on Armin Van Buuren’s latest single, “Tell Me Why,” and on The Belonging Co.’s “Eyes On You” and “Holy Sound,” two tracks from the church collective’s brand new full-length album, See The Light.

About Sarah Reeves:
Pop artist and songwriter Sarah Reeves signed her first record deal at age 18. For more than a decade, in addition to pursuing her own artistry, she has dedicated a vast portion of her career to writing songs for other artists and TV and film. Her music has appeared in Disney’s Raya and the Last Dragon international trailer, promos for “American Idol” and UFC, and on television series across major networks like ABC, NBC, CBS, FOX and Netflix, among others. Reeves has also been featured on tracks by high-profile DJs, including Gattüso, Laidback Luke, Justice Skolnik, R3HAB, and Armin Van Buuren. Having amassed more than 49.7 million career on-demand streams, the Curb | Word Entertainment artist has garnered 23.5 million Pandora lifetime streams and over 36.6 million YouTube views to date. Sarah’s latest album release, Life Love & Madness, which debuted Top 5 on the iTunes Singer/Songwriter album chart, is available now.