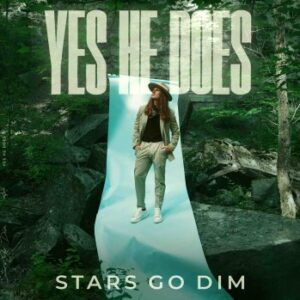 Nashville, Tenn. (August 27, 2021) — Curb | Word Entertainment’s Stars Go Dim returns with “Yes He Does,” the artist’s first taste of new music since 2019’s Better. The definitive “Yes He Does” is available today (8/27). Listen to the powerful new song HERE, and watch the accompanying music video HERE. 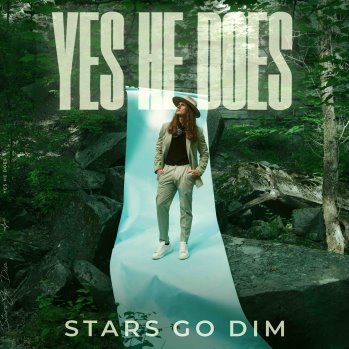 “Yes He Does” is the first in a line of fresh songs leading up to Stars Go Dim’s third studio LP, Grace In The Wilderness, whose track listing will gradually unfold one release at a time over the course of the next year. Chris Cleveland—who records under the moniker of Stars Go Dim—penned the poignant selection with heavy hitters Jeff Sojka, Jordan Feliz and Ethan Hulse.

“This song reminds me that no matter what is going on around me, God’s love isn’t through with me yet. He’s not done pursuing me. He restores my hope with every breath and my faith with every sunrise,” Cleveland says of the message behind the track. “I think it’s the exact reminder that I need in my life every day to know that God isn’t just far away and distant, but is personal and here with me in everything I do. It can be easy to lose sight of that, especially in the chaos of life. So when I wonder if God is a God who is active in our lives or if He even cares about me, His faithfulness always lets me know, ‘Yes He Does.’”

Cleveland, who co-hosts “10000 MINUTES: THE EXPERIMENT” podcast alongside Tim Timmons and Emmoe Doniz, celebrated the release of “Yes He Does” with fans last night on Instagram and Facebook Live.

Stream or purchase “Yes He Does” HERE. For tour dates and more information, visit www.StarsGoDim.com.

About Stars Go Dim:
Formed in 2007 as a mainstream pop band, today Stars Go Dim is the moniker for Christian pop artist and songwriter Chris Cleveland. After years at the helm of an acclaimed independent secular band and more than a decade leading worship at Tulsa’s Asbury United Methodist Church—one of America’s largest congregations—Cleveland found success in the Christian format with his self-titled debut album. The singer has garnered multiple International #1s and Top 5 hits at pop and Christian radio, including the massive No. 1 radio smash in the U.S. with “You Are Loved.” Chris and his songs have been honored with multiple nominations and awards from CMT, NSAI (Nashville Songwriters Association International), ASCAP, Billboard and the Gospel Music Association. His songs have hundreds of millions of streams and have been placed in commercials and ads hundreds of times. In addition, Chris has toured the world, written, and played with many of the biggest artists in pop and Christian music in the last 15 years, including: Justin Bieber, John Mayer, The Goo Goo Dolls, Elton John, Billy Joel, Jason DeRulo, The Fray, Natasha Bedingfield, The Roots, Lauren Daigle, for KING & COUNTRY, Bethel Music, Mav City and countless more. Poised to release his newest project, Grace In The Wilderness, throughout the next year, Chris also continues to write songs recorded by many of today’s biggest artists and worship groups. You can see Chris on tour supporting his music, and keep up with him online at www.StarsGoDim.com or on Instagram or Facebook @starsgodim.