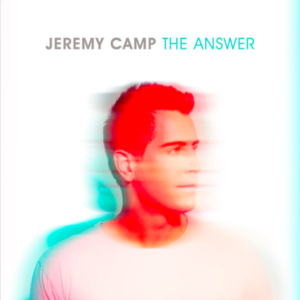 NASHVILLE, TENN. (July 14, 2017) Multiple award winning and GRAMMY® nominee artist JEREMY CAMP will be releasing his new studio album, The Answer, this fall on October 6 (Capitol CMG). Supporting his new album, Camp will be headlining The Answer Tour with special guest Royce Lovett beginning on October 1 in Albuquerque, NM. The complete list of tour dates are listed below, and tickets go on sale today at jeremycamp.com. In addition fans can preorder the album and t-shirt bundle starting today at Camp’s website.

“I can’t wait for everyone to hear these songs,” shares Camp about the new album and tour. “After all these years, it’s amazing how the well to draw from never runs dry, when we rely on Him. The Lord continues to give deeper and deeper songs that speak to different seasons of life. With this new album, we’re doing some things we’ve never done before. I’m releasing five songs with five different music videos for each song, before the album even comes out. And I’m definitely ready to play these songs live. On ‘The Answer Tour’ we’ll be playing new songs of course but also bringing back some very early ones. It’s a very exciting season.”

Camp’s debut radio single, “Word of Life,” from the forthcoming album is currently at radio and already charting in the Top 20 on the National Christian Audience chart. This single follows Camp’s stellar 15-year career. According to Billboard, he has the most No. 1 songs among solo artists on Billboard’s Christian Airplay chart, and all three of the singles from his 2015 album, I Will Follow, went No. 1.

ABOUT JEREMY CAMP: Throughout his 15-year career, Capitol CMG artist Jeremy Camp has established himself with landmark accolades. He has sold 4.5 million albums including four RIAA Gold-certified albums, a RIAA Multi-Platinum long-form video and a Gold-certified digital single (“There Will Be A Day”). At radio, Camp is recognized as a staple artist with 38 No. 1 radio hits across all formats spending more than 175 weeks at No. 1 at radio in his career.

Adding author to his name, Camp penned his first book and autobiography, I Still Believe (2013, Tyndale). In 2013, Jeremy founded Speaking Louder Ministries, which provides free crusade-style events and comes alongside local churches or missionaries in the countries where the Gospel needs to be heard. Locations of Speaking Louder Ministries’ trips so far include Ukraine, Japan, India, Uganda, Guatemala and Kyrgyzstan. 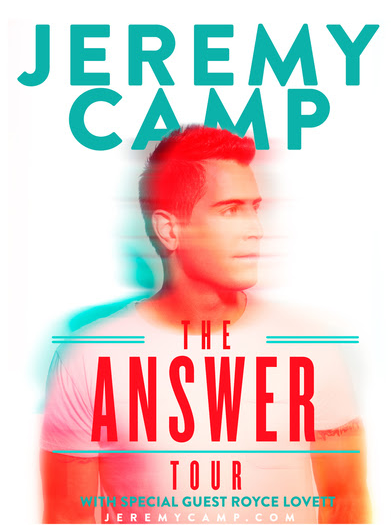