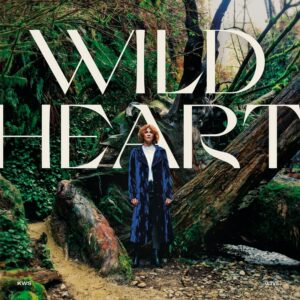 NASHVILLE, TENN. (JUNE 26, 2020) After a three year hiatus since her last solo album, Jesus Culture’s Kim Walker-Smith will release her new live album, Wild Heart, on August 14th. Today she shares the first track, “Protector,” which is available here as well as the live video below. Wild Heart explores themes of life, beginning again, and returning to our First Love, and is a collection of live recorded songs and moments that are joyful, raw, honest, and intimate.

“My last record, On My Side, was a collection of songs written from a desert season of my life. I was processing grief, anger, and pain. God met me in the desert and brought life and healing,” explains Kim Walker-Smith of the seasons that led to the new album. “Emerging from the desert ushered me into a season fresh with new life. This new album is a strong declaration of freedom and who God is. On the other side of a desert season is growth, deeper connection to Jesus, and a new authority. In the desert, all my doubts and questions came to the surface. I wondered if God was truly as good and as faithful as He says. I asked if He could truly bring the freedom I longed for and the healing I needed. He met me in that place and not only proved His faithfulness, but taught me in greater measure who He is.”

Wild Heart, her fifth solo album, was recorded live at the Cascade Theater in Redding, California earlier this year. The location is important as it is where she was married and where her album Still Believe was also recorded. The stage was full of live trees, ferns, moss and flowers much like the album cover imagery – it was a lush living garden created by her stage designer Eric Podtetenieff. The evening recording captured the look and feel of what the songs are trying to convey – new life, new hope, and a wild life with God. The album was recorded in one night in February, among a full room of people who traveled from New York, Texas, Illinois, Arizona, Washington, Idaho, and other states before the world was shutdown from this year’s pandemic.

“It’s challenging to release an album in the midst of a pandemic,” shares Kim Walker-Smith. “Of course, I would love to tour and to get in a room with people and not only share these songs, but share moments of worship and the stories behind them. My heart beats for ministry, and I can’t wait to get back in a room full of worshippers. God is sovereign, and I am not surprised by the timing of this record. I think there are definitely songs on Wild Heart that will encourage people in this time.” 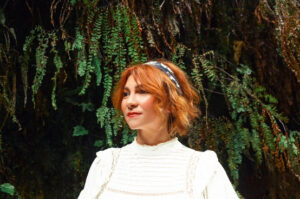 ABOUT KIM WALKER-SMITH: One of the most well-known female worship leaders, Kim Walker-Smith has been a part of the Jesus Culture movement since its beginning. For more than a decade, she has played a major role in influencing worshippers and worship teams to passionately pursue Jesus.
An incredible vocalist and worship leader, she is best known for her songs “In The River,” “How He Loves,” “Love Has A Name,” “Spirit Break Out,” “Throne Room” & more with over 300 global streams to date and over 300k albums sold. Returning from a three year hiatus, Kim brings a new breath of life with her stunning live worship record Wild Heart. Today Kim lives just outside of Sacramento, California with her husband, Skyler, and their two boys, Wyatt and Bear, and daughter, Maisie.