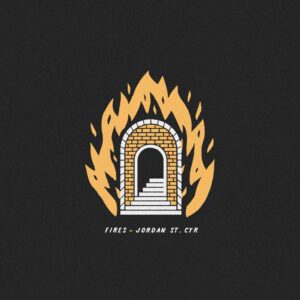 “FIRES” FROM CANADIAN ARTIST AND SONGWRITER JORDAN ST. CYR MAKES ITS WAY ONTO THE RADIO CHARTS

25 June 2020 – Franklin, Tenn – “Fires,” the latest song from independent Canadian artist and songwriter Jordan St. Cyr, has made its debut at radio. Currently at No. 47 on the Billboard Audience NCA chart, the song received immediate adds out of the box and close to 20 stations are playing the single. Written by St. Cyr along with Micah Kuiper and Krissy Nordhoff, “Fires” is the title track to his upcoming EP release slated to release later this year. 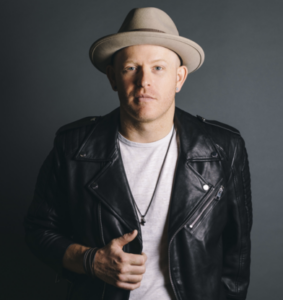 Jordan St. Cyr, a husband and a father of two boys and two girls, shares, “Fires is a song that has become an anthem in our house. It has helped us heal and is giving us a new perspective on pain and suffering. The day after our youngest daughter Emery was born, she had an MRI that revealed a rare brain condition. What we were told next changed our future forever; the left side of her brain was dying. That day, we experienced equal parts joy and sorrow. Our hearts were in a million pieces and for the first time in our lives, our need for God was greater than anything else. Since then, we’ve had more doctors’ appointments than we can count. Emery has had seizures and several emergency hospital visits. We still have so many more questions than answers but, as we continue to place our hope and trust in Jesus, our faith continues to grow deeper and we wouldn’t trade that for anything.”

St. Cyr wrote “Fires” two years ago while on a trip to Nashville with the Full Circle Music Academy writing camp. St. Cyr was inspired by a young man named Nathan who attended the Academy’s writers-in-the-round event, working as a valet as well as holding down two other jobs to make ends meet. Nathan was touched by the message of the songs that were performed that night so he left a note, thanking the songwriters for the hope he had been given. The note ended up being shared on socials and went viral. While this young man working three jobs was about to lose everything he owned, enough money was quickly raised to save his home and pay off debt.

“Looking back,” St. Cyr concludes, “I realize now that God gave me Nathan’s story so I could walk through mine with my daughter, to help me along the way and allow my faith to rise up, to know God has not left me in this trial. Rather, He is walking it with me, guiding me through the pain and refining and purifying my heart that I may know him more.” To hear “Fires,” be sure to view the lyric video below.

ABOUT JORDAN ST. CYR: Manitoba, Canada based artist and worship leader Jordan St. Cyr has been writing sincere melodies and lyrics for many years. As a teen, he served with YWAM (Youth With a Mission) and after that season found the inspiration he needed to create his debut, self-titled EP.

Jordan St. Cyr has worked alongside many amazing songwriters, producers, and artists who have encouraged him along his journey. He works closely with Compassion Canada and considers it an honor to share the message of releasing children from poverty in Jesus’ name. Over the years, he has had the opportunity to play numerous events from homes to churches, to festivals and his own concerts. Through the years, it has been revealed to him, humanity’s deep desire for meaningful connection and the hope to find something more vibrant than our current reality. Fires continues on that pursuit of hope, even in our darkest moments. God gives us stories to share and encourage one another through our fires, to give strength in the midst of them.

For more information, please visit his website jordanstcyr.com and his social links below.