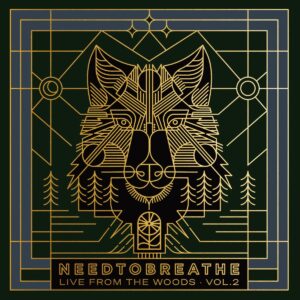 NEEDTOBREATHE ANNOUNCE LIVE FROM THE WOODS VOL. 2
LIVE ALBUM TO BE RECORDED DURING SOCIALLY DISTANCED OUTDOOR CONCERTS AT THE CAVERNS IN PELHAM, TN ON MARCH 13 AND 14

GRAMMY® Award-nominated rock band NEEDTOBREATHE has announced the release of a brand new live album, Live from the Woods Vol. 2, on April 16, 2021. The album is available to pre-order physically and digitally now HERE via Elektra Records. NEEDTOBREATHE has welcomed fans to witness the live recording of the album during two socially distanced outdoor concerts at famed venue The Caverns in Pelham, TN on March 13 and 14. Pre-sale tickets will be available for The Insiders Fan Club beginning Wednesday, January 13 HERE, and general on sale begins this Friday, January 15 at 12:00pm CT HERE. 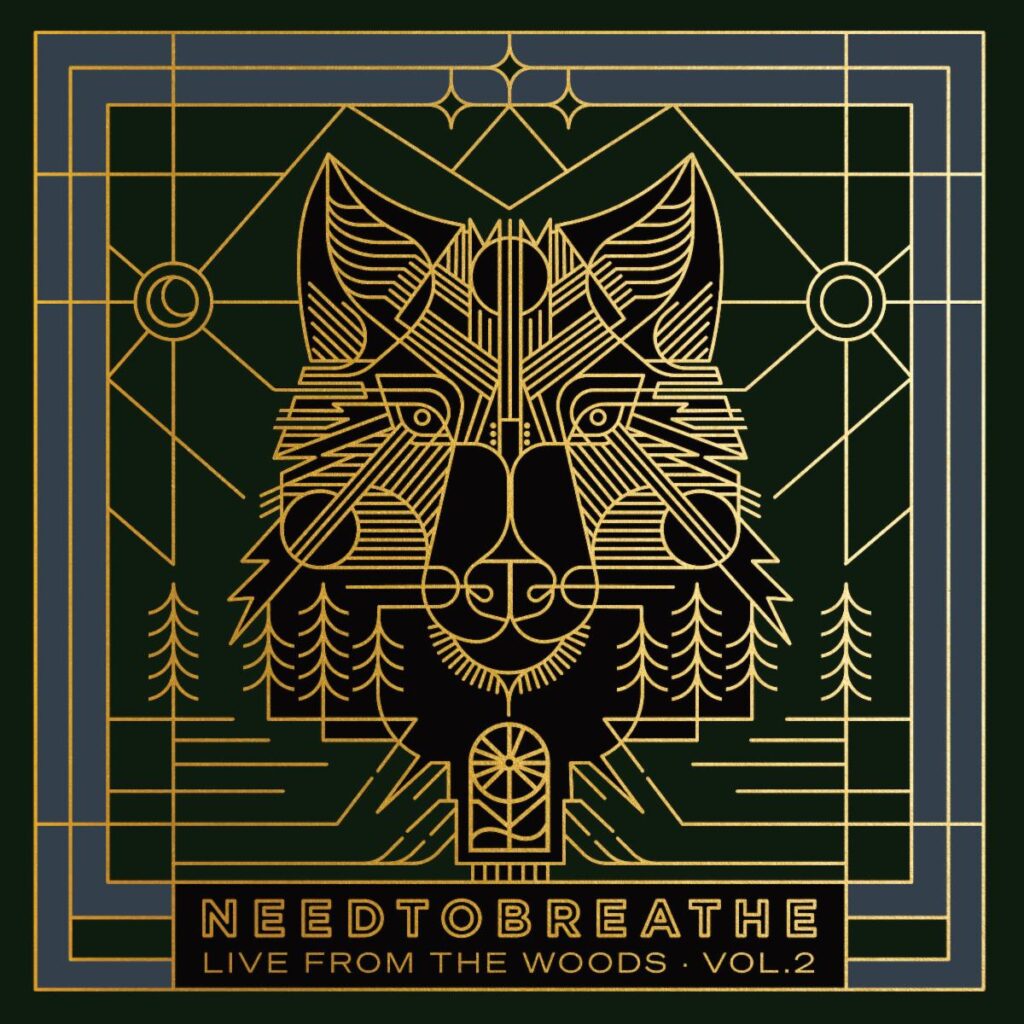 Live from the Woods Vol. 2 follows NEEDTOBREATHE’s 2015 live album Live from the Woods and marks one of the band’s first concerts in front of a live crowd since January 2020. NEEDTOBREATHE decided to invite local audiences to experience these unforgettable shows, while simultaneously capturing them for listeners worldwide. Fans can expect electrifying performances of tracks from the platinum-selling group’s catalog, songs off their chart-topping new album Out of Body, and more.

The band and venue also ensure the utmost adherence to COVID-19 guidelines for maximum safety. As such, the venue is following guidance provided by the CDC and the State of Tennessee’s ‘Tennessee Pledge’ for reopening. Guests will arrive at staggered times, be asked COVID-19 screening questions, receive a temperature check, and enjoy the show from 2-person, 4-person and 6-person socially-distanced pods. Pods are spaced with a minimum of 6’ distance between each other with wide foot paths between pods to maintain social distancing. The concerts are “bring your own chair.”

Masks will be mandatory, except when guests are in their pods. All concessions and merchandise will be ordered through an app and delivered contactless to pods eliminating lines and limiting the need for guests to leave pods. While the music plays on above ground, restrooms will be used inside The Caverns to give guests an opportunity to duck below the surface to see the world-famous, subterranean music venue. Restrooms will be continuously cleaned with limited capacity.

NEEDTOBREATHE’s critically acclaimed 2020 studio album Out of Body is available physically and digitally via Elektra Records/Centricity Music now HERE. In October, the band unveiled a brand new version of the album’s current single “Who Am I” featuring vocals from multi-platinum recording artist, Elle King. “Who Am I” (feat. Elle King) is available to stream and download as an official Out of Body bonus track now HERE. NEEDTOBREATHE closed out 2020 by surprising fans with a take on the iconic Christmas song “Silent Night”. Listen HERE.

Out of Body debuted in the top 5 across three Billboard charts, and received critical acclaim from Billboard, People, Spin, Taste of Country, and more. American Songwriter commended the band’s “phenomenal and dedicated songwriting”, and Southern Living crowned the group “our favorite Southern rock band.” All Music praised Out of Body as “their tightest and most consistent set in years,” adding “this is an album designed to empower and motivate through life’s tough times.” In September, NEEDTOBREATHE took the stage at CBS This Morning Saturday to deliver the network television debut performances of “Hang On”, “Who Am I”, and “Survival”. 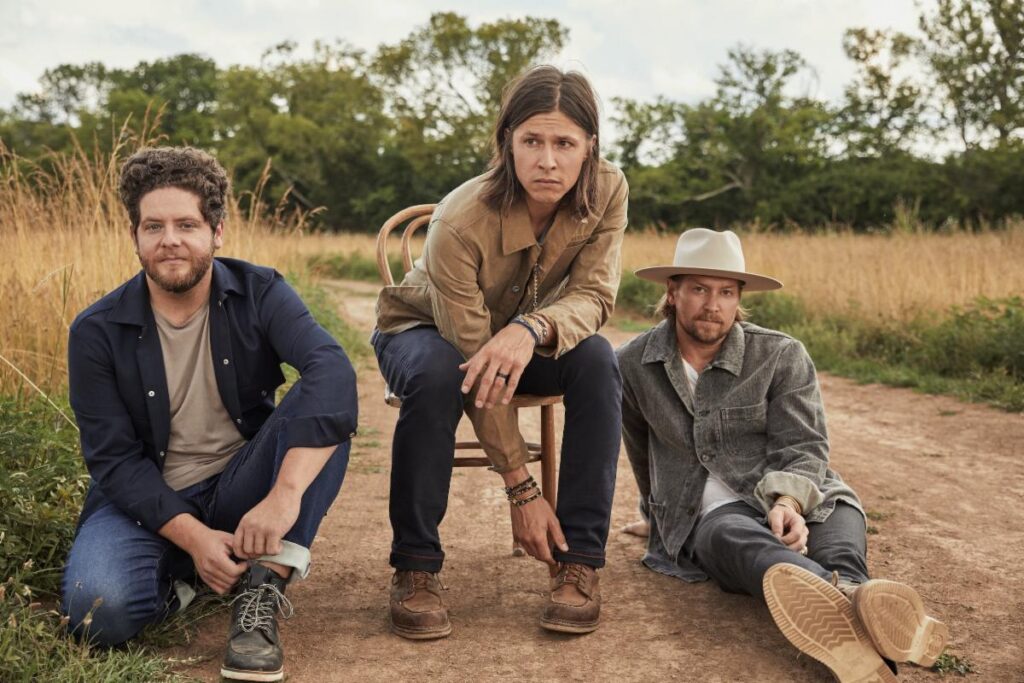 ABOUT NEEDTOBREATHE:
GRAMMY® Award-nominated NEEDTOBREATHE have mounted a steady ascent to the top of the charts and packed arenas everywhere. Formed in 1998, the group attracted a loyal grassroots following with their full-length debut Daylight [2006] and its follow-up The Heat [2007]. Two years later, The Outsiders became their first Top 20 entry on the Billboard Top 200 before eventually going gold. During 2011, The Reckoning landed at #1 on the Billboard Top Rock Albums Chart and #6 on the Top 200. In addition to bowing at #3 on the Top 200, 2014’s Rivers in the Wasteland yielded the platinum-selling Hot 100 hit “Brother” [feat. Gavin DeGraw] and “Multiplied,” which garnered their first GRAMMY® nod. Meanwhile, H A R D L O V E [2016] marked their highest chart bow yet, debuting at #1 on the Billboard Top Current Album Sales Chart, as the title track “Hard Love” [feat. Andra Day] scored a gold plaque. Along the way, they headlined and sold out iconic venues such as Red Rocks Amphitheatre, The Greek Theatre, and Ryman Auditorium, to name a few. The group picked up a pair of nominations at the Billboard Music Awards, and received praise from People, Rolling Stone, Forbes, and more. Now, NEEDTOBREATHE reflect the freedom of youth on their seventh full-length offering, Out of Body [Elektra Records/Centricity Music] over a rich soundtrack of soulful rock with stadium-size scope and poetic intimacy.

ABOUT THE CAVERNS:
Located in Grundy County, Tennessee, The Caverns is a world-renowned destination for live music in beautiful natural settings, home of the Emmy-winning PBS television series Bluegrass Underground, and a magical cave system for different skill levels of exploration. Inside The Caverns subterranean venue, guests to “The Greatest Show Under Earth” revel in the prehistoric venue’s natural acoustics and otherworldly beauty. The outdoor amphitheater sits at the foot of the Cumberland Plateau with the rolling Tennessee hills as a backdrop. Whether underground or above ground, live music at The Caverns is a bucket list experience that keeps fans coming back time and again. Daily guided walking tours and adventure cave tours of The Caverns cave system offered 7 days a week.