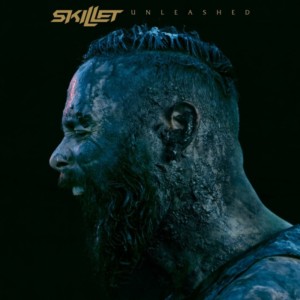 (Nashville, Tenn. – August 5, 2016) – GRAMMY®-nominated rockers Skillet have released their ninth studio album and the first in nearly three years, Unleashed (Atlantic), today. Unleashed is currently No. 1 on the iTunes Top Rock Albums Chart and No. 2 on the iTunes Top Albums Chart. The 12-track album, which has been a year in the making, was recently hailed by People Magazine saying “Skillet’s still hot” and Revolver Magazine noting Unleashed as a “…a gut-punch…” “It’s impossible for anyone not to throw a fist in the air for the full-throttled anthems…” shares CCM Magazine while The Christian Beat calls it “their strongest, boldest & greatest album yet” and Focus on the Family’s Plugged In remarks “…John Cooper and Co. have again unleashed a potent proclamation…”

“It’s finally here! So excited for the fans to hear the full album! We put our hearts into the record and aimed to write songs people could easily relate to anywhere and everywhere. I hope the fans enjoy listening to it as much as we enjoyed making it,” explains John Cooper.

The first single from Unleashed, the high-energy, album-opener “Feel Invincible,” was recently chosen by the Atlantic Coast Conference (ACC) for use throughout the entire 2016-football season. The song will be the soundtrack for the opening video montage to lead into each week’s syndicated game reaching over 90 million TV households. This is the second time that Skillet and the ACC Network have teamed up. The song has been used by the WWE during their Battleground Pay-Per-View, TBS’ E-League, Nickelodeon’s Kids’ Choice Sports Awards and Rock Band.

“Feel Invincible” is quickly approaching the Top 10 on the Active Rock radio charts, while garnering the top spot on Billboard and Mediabase Christian Rock charts. The video for the single has been viewed over six million times and can be seen here: https://youtu.be/Qzw6A2WC5Qo. “Stars” maintains its position as a Top 10 Christian CHR song on both the Billboard and Mediabase charts.

Skillet will be embarking on a worldwide headline tour in the Fall. The tour will feature Thousand Foot Krutch on the first half of the U.S. run and Sick Puppies will finish the second half of the tour. Devour The Day will be playing the entire tour. Akron, OH’s Red Sun Rising will provide support for dates in Europe and Russia. Additional information about the tour is available on the band’s website: http://www.skillet.com/tour.

Skillet can also be found on Google Play and streaming on Spotify. The album is available on iTunes, Amazon.com and music retailers worldwide.

Skillet has cemented its place as one of the 21st century’s most successful rock bands. Selling more than 11 million units worldwide, the Wisconsin quartet have received two GRAMMY® Award nominations and won a Billboard Music Award for the platinum-certified Awake. Their double-platinum single “Monster” is “the eighth most-streamed rock song of 2015” with a total of 57 million plays (and counting) on Spotify and would earn the distinction of becoming “the best-selling digital single in the history of Christian Music.” 2013’s Rise bowed at #4 on the Billboard Top 200 upon release, received resounding and eclectic acclaim from the likes of USA Today, New York Times, Revolver Loudwire, etc. and was recently certified gold by the RIAA.