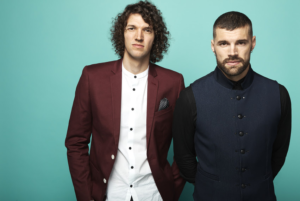 for KING & COUNTRY is the only artist in Christian music to receive both a Gold album and two Gold single certifications from the RIAA this year, and the most-awarded artist overall in the genre since their 2014 release Run Wild. Live Free. Love Strong. having garnered two GRAMMY® Awards, eight K-LOVE Fan Awards, and two GMA Dove Awards. These new RIAA Gold certifications mark the first time since the band’s inception that they have had an album or a song reach the Gold sales mark.

“To all our supporters who have not only become dear friends, but have inspired and cheered us on along the way,” said Joel and Luke Smallbone of for KING & COUNTRY.  “We’re thanking God for each of you. And we cannot wait to share some new music with you – it’s coming!”