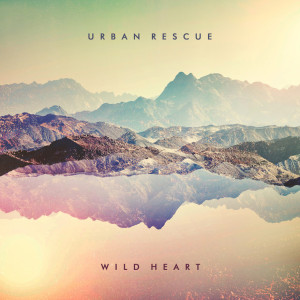 Fans got a glimpse of what to expect from the project with Urban Rescue’s 5-track Wild Heart EP, which released in January. Critics responded to the songs with enthusiasm, saying “We can’t wait to hear more,” (CCM Magazine) calling the music “Truly powerful,” (The Christian Beat).

Urban Rescue has been introducing their new music to fans across the country as they travel alongside Rend Collective on the “As Family We Go” Tour, which will hit the U.K. in May. The group will also join MercyMe, Jeremy Camp, Matthew West and more for Spirit West Coast June 10 and 12. For additional dates and touring information, click here.

Wild Heart will be available for preorder April 22.

About Urban Rescue
Urban Rescue is a revival band from Los Angeles and the first ever act signed to Rend Family Records – a partnership between Irish worship band Rend Collective and Capitol Christian Music Group. Fronted by Jordan Frye, Urban Rescue is on mission to inspire the next generation of believers to see their churches, communities and cities awakened by the Gospel of Jesus Christ. With an untamed passion for worship emerging from pain and trials, the band has a heart to see broken cities and lives restored. Urban Rescue is currently on the “As Family We Go” Tour alongside Rend Collective, bringing music to fans across the U.S. and U.K. Urban Rescue’s first full-length album with Rend Family Records, Wild Heart, is set to release May 6.

Get Connected With Urban Rescue
www.urbanrescuemusic.com