Music News: WE ARE MESSENGERS Releases Today To Rave Reviews 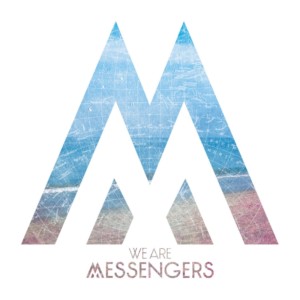 Nashville, Tenn – 22 April 2016 – Word Records recording artist We Are Messengers releases its highly-acclaimed 14-song self-titled debut today. The album is now available at both iTunes and Spotify, as well as at all major music outlets. We Are Messengers is the musical and ministry vision of Irishman Darren Mulligan, whose heart is to serve God and to see His radical love transform our lives and our communities.

“When I was a young boy, I dreamed that I would one day be able to write songs that would move people and allow them to feel something true,” shares Mulligan. “This album is God’s gift to me and our family. He has allowed us to write songs that speak richly to us, and we believe will reach into the hearts of many.”

The music of We Are Messengers is already doing just that. Not only are countless radio stations across the country playing the band’s debut single, “Everything Comes Alive,” but magazine, newspaper and online features are posting about the album, such as Nashville’s The Tennessean, LifeWay’s HomeLife, Charisma Magazine, CCM Magazine, Shattered Magazine, and more. Rave music reviews are also touting the raw and honest message behind the “first great debut album of 2016.” Here are a few highlights:

“Allow us to introduce you to the first great debut album of 2016…a powerful, oft hypnotic release. Lead single “Everything Comes Alive” has already drawn impressive response at radio…listeners will love uncovering layers like “Ghost,” “I’m on Fire,” “Shadows” and “Giants Fall.” And this doesn’t even touch the album’s most moving track, “I Don’t Have The Answers.” – CCM Magazine  (5-star review)

“The messages found throughout these tracks are wonderful, but it is where Mulligan branches into deeper messages that the record truly shines. We Are Messengers has shown a lot of potential for future music with this noteworthy freshman effort.” – JesusFreakHideout.com

“One of 2016’s first standout debuts….a healthy dose of standout songs propel this release to become one of the year’s most promising debuts.” – NewReleaseToday

“We Are Messengers shows a lot of promise and potential. Christian radio fans looking for a fresh new voice will be undoubtedly satisfied with this debut.” – Charisma Magazine

We Are Messengers’ Darren Mulligan

To promote the album’s release, We Are Messengers played to more than 600,000 people on Winter Jam’s Fall 2015 and Spring 2016 tours. They are now readying for a radio tour, hitting such key markets as Baltimore, Sarasota, Houston, and Nashville. The band will appear at multiple festivals this summer, such as Atlantafest, Spirit West Coast, Rock The Farm, Alive and No Greater Love Festival, and major fall tour plans will be announced in the coming weeks.

We Are Messengers’ debut radio single “Everything Comes Alive,” is currently top 5 on Billboard’s AC Indicator and CHR chart, along with being in the top 10 at NCA. When the song debuted at radio, “Everything Comes Alive” was added at an astounding 52 stations during its first week, with 82 stations, including K-LOVE and Air1, playing the song in its first month out.

The band’s music video for “Everything Comes Alive” can be found here, and be sure to check out the video below to hear the testimony of We Are Messengers’ Darren Mulligan along with his wife, Heidi.

We Are Messengers track listing:

To find out more, please visit WeAreMessengersMusic.com and the social links below:

About We Are Messengers: We Are Messengers is a family, band and ministry from Ireland now based in the United States. At the heart of their vision is the desire to serve God and to see His radical love transform lives and communities. They have been given an incredible opportunity to share the goodness of Jesus Christ through music and the testimony of their lives.
The desire of We Are Messengers is to communicate the incredible news of the Gospel in a simple, relevant and life-changing manner, and they pray that God will use their abilities to have a conversation with a generation that is desperately searching for truth and love.
We Are Messengers’ debut radio single, “Everything Comes Alive,” was added at 52 stations during its first week at radio, with the total number of 82 stations at the end of month one. The song reached the Top 15 at five different radio charts in its first month, including NCA and AC-Monitored. “Everything Comes Alive” is Word Entertainment’s fastest-growing radio single since Francesca Battistelli’s GRAMMY®-Award winning No. 1 song “Holy Spirit.”
The album’s last song, “I Don’t Have The Answers” was featured in an episode of MTV’s “Finding Carter.”