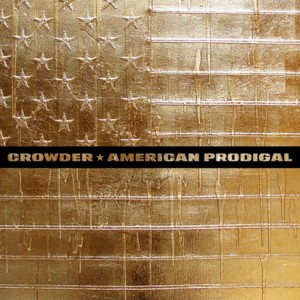 “Being in such great company is an honor,” shares Crowder. “I love this album and couldn’t be more excited to have it acknowledged and affirmed by fellow folk.”

American Prodigal (Sept. 23 2016) hit No. 1 on the Christian & Gospel Albums Chart, No. 3 on the Digital Albums Chart, No. 5 on the Top Albums Billboard Chart and No. 12 on the Top 200 Billboard Chart. In support of his newest release, Crowder kicked off the “American Prodigal Tour” in the fall featuring Tedashii and The New Respects, followed by a Winter Jam west coast tour and Crowder serving as headliner on the K-LOVE Christmas Tour. Not slowing down, you’ll find him continuing to share these songs as headliner of Winter Jam 2017 in the new year. The album holds the top 10 radio hit “My Victory.” Last month, Crowder returned to the Grand Ole Opry stage with performances of “Run Devil Run” and “All We Sinners,” both found on American Prodigal. 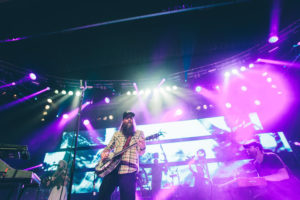 About Crowder:
3X GRAMMY® Nominee Crowder has been embraced for his lyrically powerful and musically elaborate and unpredictable songs that have found themselves being sung everywhere from churches to clubs all across the country. Crowder’s first solo album, Neon Steeple, debuted at No. 8 on the Billboard 200, was named iTunes 2014 Christian Album of the Year, garnered multiple radio hits, two GRAMMY® nominations, a Grand Ole Opry debut, a Dove Award and multiple nods and numerous K-LOVE Fan Award Nominations. American Prodigal, the awaited GRAMMY® nominated follow-up album, became available on Sept. 23 landing at No. 1 on the Christian & Gospel Album Chart, No. 3 on the Digital Albums Chart, No. 5 on the Top Albums Billboard Chart and No. 12 on the Top 200 Billboard Chart. As an active member of the Passion movement founded by Louie Giglio, Crowder participates in the impactful university student gatherings in the U.S. and around the world. A published author, Crowder has also penned two books including his acclaimed release, “Everybody Wants to Go to Heaven, but Nobody Wants to Die.”