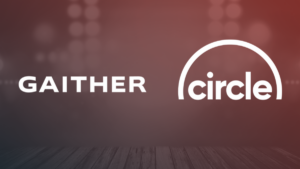 Gaither Music Group has joined hands with Circle, a fast-emerging network dedicated to putting fans inside the circle of everything country. As home to some of the finest performers in gospel and country music, Gaither has been developing TV specials since the early 90s, entertaining and inspiring fans for over 25 years, making the partnership with Circle and its lineup of new shows, unforgettable live performances, and classic TV favorites a natural one.

Gaither programming will be available on Circle starting on October 6 with the Gaither Gospel Hour airing weekly — Tuesdays at 9 p.m. ET and again at midnight, as well as at 2:30 ET each Sunday. The fall lineup will include gospel music specials featuring Alan Jackson, Josh Turner, Joey+Rory, Fortune/Walker/Rogers/Isaacs, Alabama, and more.

Created by Opry Entertainment Group, Circle is a premium linear television and OTT (over-the-top) streaming channel dedicated to celebrating country music and the country lifestyle. The network also recently announced streaming distribution partnerships with Roku, inc., Samsung TV Plus, VIZIO Smartcast and XUMO, which will bring its original programming to an additional 76 million users. With a vision for highlighting country music artists and the passions, hobbies, and love of music they share with their viewers, the network connects country fans and artists like never before.

“We are looking forward to this partnership,” stated Paul Sizelove, president of Gaither Music Group. “The Opry stage has long been synonymous with some of the most-respected performers in country and gospel music. Gaither Music Group has been developing artists and creating recordings within the gospel and country music landscape for decades. After years of cross-promotions with the Opry teams through retail and events, it feels like we are ‘coming home’ as we forge this exciting path together with Circle.”

The partnership comes during a big year for Gaither Music Group. This spring saw the launch of the Bill Gaither More Than the Music podcast, hosted by Gaither Music Group founder and gospel music legend Bill Gaither, which coincided with a strategic partnership with Sony Pictures Television’s Game Show Network. In June, the company announced the expansion of the popular GaitherTV network into a platform offering subscription-based, on-demand programming to its audience across a variety of digital devices.

“I’ve been listening to the Grand Ole Opry since 1948, when our family would gather every Saturday night in Alexandria, IN, and listen to WSM,” stated Bill Gaither. “I attended my first show at the Ryman in 1950 for an all-night Gospel Sing and have always been thrilled that gospel music has been a part of the Opry tradition. I have had the opportunity over the years to join that family of performers in that revered circle on that historical stage, and Gloria and our family of artists have been able to record in those halls. Every time I walk through the alley to the stage door, I am in awe of all the great artists that have come through the same passageway — incredible artists like Red Foley, Hank Williams, George Jones, and countless others. To look back at that history and to now be a part of the Circle platform is an honor — and for that little 12-year-old boy from Alexandria, it is a dream come true.”

Click Here to find how you can watch Circle.

About Gaither Music Group
One of the largest independent Christian music companies in the world and a household name for millions of fans, Gaither Music Group, in partnership with Primary Wave Entertainment, is known worldwide for its award-winning and top-selling recordings, including the Gaither Gospel Series, of which 133 products have been certified gold, platinum or multi-platinum. These recordings, which encompass more than 177 video copyrights, showcase gospel music pioneers; many of the finest performers in the gospel and country genres; up-and-coming acts; and country artists including The Oak Ridge Boys, Jimmy Fortune, Joey+Rory, Alabama, Alan Jackson, The Statler Brothers, George Jones, Vince Gill, Josh Turner, Tennessee Ernie Ford, The Isaacs and others. The brand has partnered with Sandi Patty, Gloria Gaynor, Steven Curtis Chapman and a host of acclaimed talents from various fields of music. Gaither Music Group has garnered sales of more than 40 million DVDs and CDs, including such PBS stalwarts as Billy Graham: God’s Ambassador, the only authorized video autobiography of Reverend Billy Graham; The Gospel Music of Johnny Cash; and three Elvis Presley projects, including He Touched Me and The Gospel Music of Elvis Presley, in conjunction with the Elvis Presley Estate. The company developed a partnership with Cracker Barrel Old Country Store® in 2008; and its alliances with Capitol Christian Music Group, Universal Music Group and Time Life Music remain bedrocks for the company.

About Circle
Circle Network is a media network dedicated to celebrating the country lifestyle and putting fans inside the circle of everything country. Circle offers entertainment news, documentaries, movies, archival, new and licensed programming, Grand Ole Opry performances, and more. Circle is a joint venture between Opry Entertainment Group, a subsidiary of Ryman Hospitality Properties, and Gray Television. For more details and to find out if Circle is available in your market, please visit www.CircleAllAccess.com.

Courtesy of The Press House