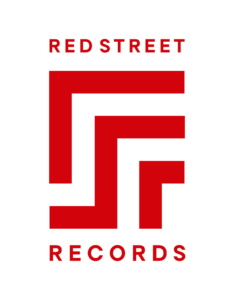 January 14, 2021 (Nashville, Tenn.)- After a grueling 2020, the music industry took a massive setback, but Christian music label Red Street Records (RSR) proves music can push through pandemics as they jumpstart the New Year with massive expansion signing new artists and songwriters to its roster. This development comes just two years after RSR’s inception. 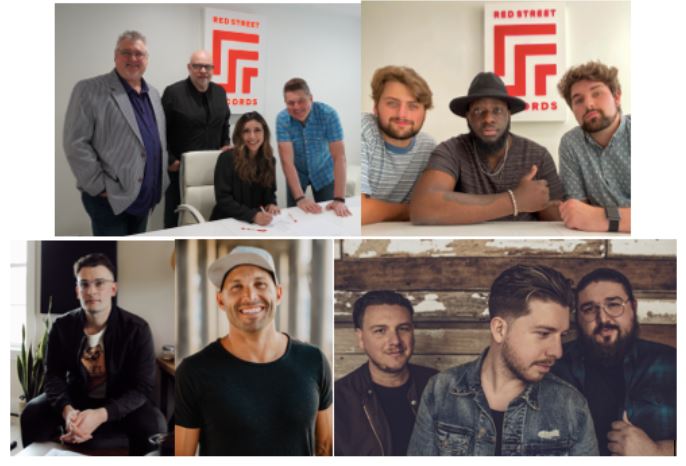 “Since we launched Red Street Records, it has been an incredible journey,” shares Mark Lusk, President & General Manager of RSR. “We don’t take for granted how fortunate and blessed we are to be experiencing this rapid growth. We will continue to push the boundaries and keep creative ideas flowing from the artists and songwriters, to the teams behind the scenes.”

Executive Vice President of Creative/A&R, Don Koch states, “In the past two years, we have not only launched our label, but our publishing house. We want Red Street Records to be a home for artists, songwriters and supply a home for all facets in the music industry, where talent can come to be seen, heard and supported to the fullest.”

Red Street Publishing (RSP), welcomes budding songwriters Kevin Rooney, Justin Unger and Caleb, Jordan and Josh Ward. Rooney has programmed songs for Rascal Flatts, Matthew West, Zach Williams, Crowder, Passion, Cain, Avalon, Danny Gokey and many others. California based Justin Unger, known for writing the mega worship hit “In You Alone,” and “This Is Freedom” featured in a film, has also been added to the songwriter lineup. Lastly, the brother trio formerly known as Consumed by Fire, Caleb, Jordan and Josh Ward, will be bringing the performing and writing talents from their Billboard charting hits “He Waits for Me” and “I Need You God” to RSP. All of these writers are actively working with RSR artists on their respective upcoming projects.

“I don’t know a single person that hasn’t been affected by this unprecedented 2020,” shares Jay DeMarcus, CEO & Owner of Red Street Records. “However, I am extremely grateful for this bright spot: while it’s been difficult, Red Street Records has continued its rapid growth. We have been so blessed to sign some amazing writers in Justin Unger and the Ward Brothers: Caleb Ward, Jordan Ward, and Josh Ward. As well as, writer/producer, Kevin Rooney. We are also very excited to add to our artist roster; female vocalist, Iveth Luna, and the vocal group, Jawbone Honey.”

DeMarcus continues, “I am personally grateful that these amazing talents have chosen RSR as their home, and I’m honored to join them on their journeys. I can’t wait for the world to hear them, and we are so excited about what God continues to do at Red Street!”

ABOUT RED STREET RECORDS:
Jay DeMarcus – member of Rascal Flatts, GRAMMY® award-winning producer and bassist – launched Red Street Records on October 24, 2019 during a press conference held at the Hutton Hotel’s Analog. Along with DeMarcus, veteran industry executive Mark Lusk (President/General Manager) and award-winning songwriter/producer, Don Koch, lead the Red Street Records team with a vision for the future. The desire of Red Street Records is to touch lives and spread the Gospel of Jesus Christ through music. To that end, we seek to partner with musicians who share this aim and who strive to achieve it through their innovative and visionary craft.