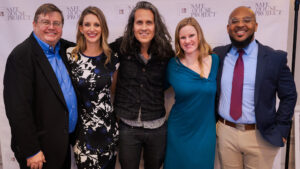 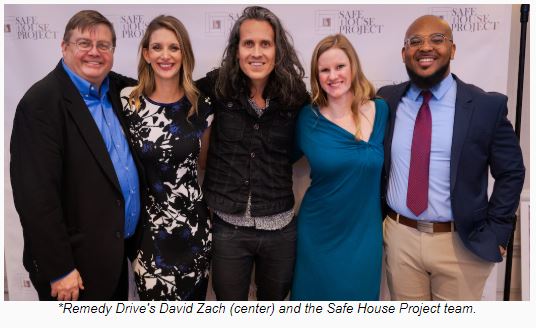 With a goal of discussing solutions to eradicating child sex trafficking in America, the event included a breakfast, formal program and VIP reception. Following the program, Zach joined Safe House Project representatives as they visited Congressional offices on Capitol Hill.

“Speaking at our nation’s Capitol was special,” said Zach. “Being in Washington, D.C. allows me to see the potential of large scale momentum in the direction of freedom—specifically in context with ending human trafficking. The team at Safe House Project put together an amazing event with tangible goals that we hand delivered to lawmakers’ offices after the event. I’m encouraged to see people from all walks of life and different perspectives coming together—bringing their set of skills to the table to contribute to freedom and justice.” 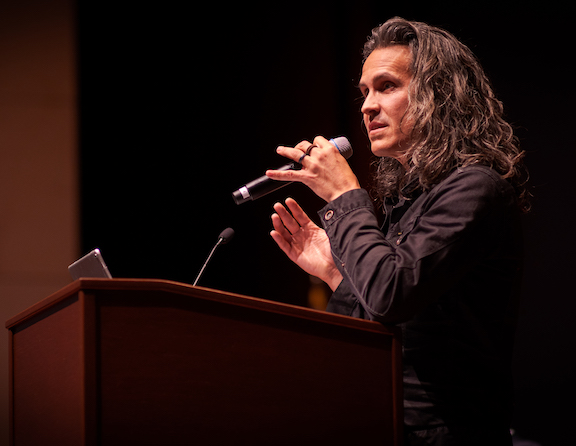 “We were honored to have David join Safe House Project at the Capitol and visiting offices of more than 200 members of Congress as we activated cultural leaders, corporations and communities to unite against child sex trafficking in America,” said Safe House Project CEO Kristi Wells. “David is the embodiment of ‘freedom requires action,’ and we value his deep understanding of this issue that has been learned in the trenches in the fight for freedom. In his undercover work he has seen the horrors of trafficking and uses his art to impact culture and affect change. We have already seen national impact from this event. David was part of a spark that has ignited a wildfire to once again burn the flame for freedom in our country.”

Since 2013, Zach has worked undercover alongside operatives from The Exodus Road to identify perpetrators and fight slavery in Southeast Asia and Latin America. His 12 deployments with the international anti-trafficking organization have inspired the music and mission of Remedy Drive and have given Zach a platform to speak at colleges and festivals around the country. He has been a featured speaker at events at Vanderbilt University, Drake University, University of Arkansas, and University of Wisconsin (Green Bay and Oshkosh), among others.

Remedy Drive has garnered 12 Top 20 singles and released 12 critically acclaimed recordings since their inception in 1998. The band’s 2014 recording, Commodity, 2016’s Hope’s Not Giving Up, and 2018’s The North Star, spotlight their ongoing commitment to fight slavery. Music from Remedy Drive has been utilized on NBC, SpeedTV and VH1. The band is currently writing and recording new music for release later this year.

For further information on David Zach and Remedy Drive visit remedydrive.com or turningpointpr.com. Learn more about Safe House Project at safehouseproject.org, and for additional information on The Exodus Road, visit theexodusroad.org.

*All photos by Zach Blackburn.