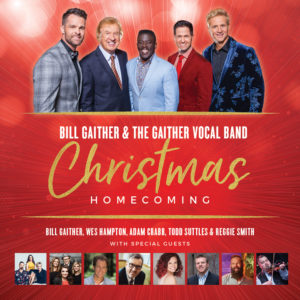 For nearly half a century, multi-Grammy and Dove Award winner, Bill Gaither has been a musical trailblazer. His reputation as a performer, songwriter and mentor for newly-discovered artists is known world-wide. His beloved series of Homecoming CDs and DVDs continues to top the sales charts and attract an ever-increasing audience. Pollstar Magazine ranks Premier Productions as the largest producer of live Christian events both nationally and internationally, producing more than 600 events each year. The relationship between Gaither and Premier has extended for nearly three decades, weathering the test of time and the ever-changing world of concert promotion.

For more than 20 consecutive years, Gaither has been bringing Christmas concert events each holiday season to cities nationwide, and many of those events have been promoted by Premier Productions. This will year be no exception as the legendary recording artist and Premier will present an exciting celebration, filled with the very best in Christian music, including Gaither’s own multi-award winning group, The Gaither Vocal Band.

The Gaither Vocal Band, featuring Gaither, Wes Hampton, Adam Crabb, Todd Suttles and Reggie Smith, will be joined on this season’s Christmas Tour by several talented musical guests. Throughout the evening these talented performers will share timeless gospel classics, as well as refreshing, inspiring new favorites, in addition to classic Christmas standards guaranteed to ring in holiday cheer. Few events have the ability to unite individuals from all walks of life the way Gaither concerts do. “The longer I live, the more I learn to appreciate the here and now – this moment – this place in life – this group of people with whom I am privileged to collaborate,” Gaither states.

Each concert event is unique as Gaither continues to be delighted by audiences’ response to the concerts, even now, more than 40 years after he quit his day job as a teacher: “I’ve always said it all starts with a great song, and we are fortunate that each concert includes great songs that have stood the test of time,” he says. “With all the musical choices that are available now, there is still a special place for the joy and optimism that reside in Gospel music and the traditional Christmas classics. Good news never gets old.”

Tickets for the 2019 the Bill Gaither & The Gaither Vocal Band Christmas Homecoming Tour
go on sale to the general public July 29, 2019. To purchase tickets or obtain additional details visit www.gaither.com. 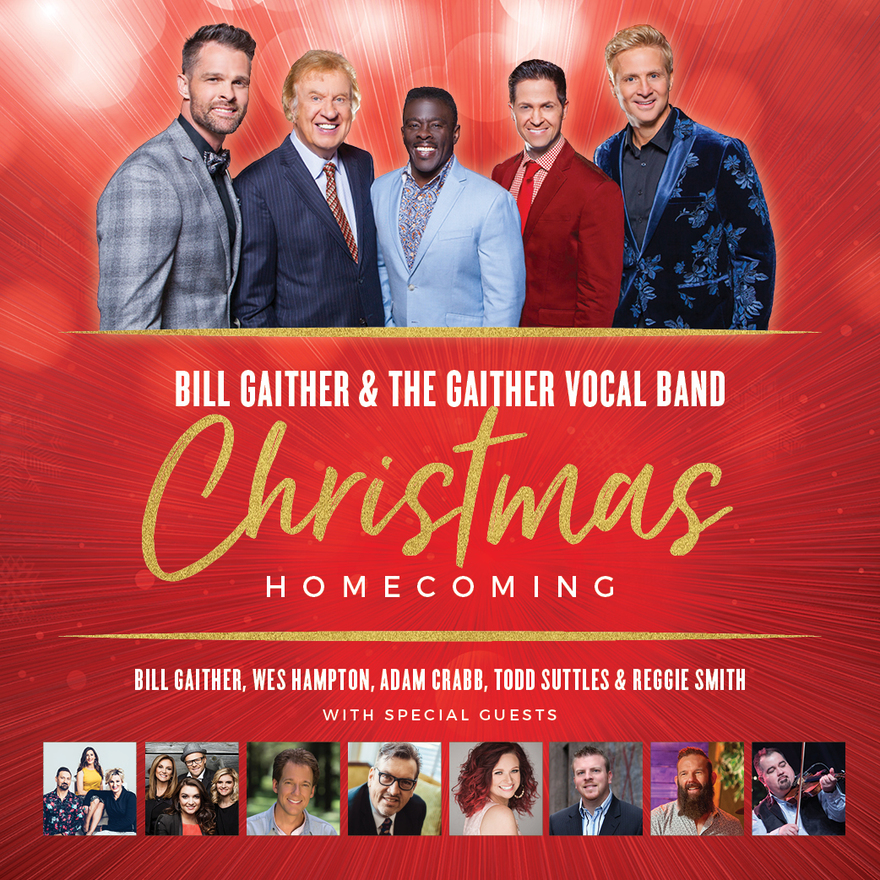 About Gaither Music:
Since the early 1990s, the Gaither Vocal Band has served as a standard- bearer in the world of gospel music. Founded by legendary gospel songwriter and producer, Bill Gaither, this Grammy-winning vocal group has performed in the worlds most prestigious venues, including the Sydney Opera House, The Kennedy Center, and Carnegie Hall.

The list of men who have comprised the Gaither Vocal Band over the past 30 years reads like a “Who’s Who” among the gospel music industry’s best-loved voices, including Steve Green, Larnelle Harris, Mark Lowry, Michael English, David Phelps and many others.

A featured favorite in the Billboard chart-busting Gaither Homecoming Series, the Gaither Vocal Band continues to fill venues across North America with a steady tour schedule every year.

Today, the Gaither Vocal Band roster is comprised of five power-packed voices, including Bill Gaither, Wes Hampton, Adam Crabb, Todd Suttles and Reggie Smith. Individually, these men are gifted artists and men of authentic faith. Together, they are the known around the world for their stunning vocals, innovative harmonies and life-altering message… a message of grace, hope and redemption.

Get connected with Gaither Music: