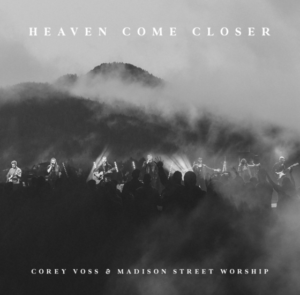 NASHVILLE, TENN. (APRIL 17, 2020) Worship collective, Corey Voss & Madison Street Worship, release their new album, Heaven Come Closer, today. The group was birthed out of a revival of their tiny church in Shelbyville, Tenn. called Gateway, where they grew from 65 members eight years ago to 1,000 and became an epicenter of life for the community. Heaven Come Closer is the sound of that movement and was recorded live to bring the revival to listeners everywhere with this sophomore album.

The album calls worshipers to declare heaven is not only coming; it has come—a timely promise for this six-member team, which officially formed two years ago under the leadership of singer/songwriter Corey Voss. In addition to leading worship at Gateway for the past eight years, Voss has racked up a list of notable song credits, including Matt Redman’s latest title track “Let There Be Wonder,” which he and his team recorded for Heaven Come Closer. Watch the live video here and below. Today, Madison Street Worship, named after the street where the church resides, includes Baily Hager, Harley Rowell, Lee Bataller, Jenna Bataller, and Olivia Calderwood Bush, all of whom wrote on the album.

“We want to boldly walk in the presence of God and to see His Kingdom crash into earth,” shares Corey Voss referring to the heartbeat of Gateway and Heaven Come Closer. “This album is about asking God to draw us closer to Him and draw His Kingdom and His presence closer to us.”

“’Your will be done on earth as it is in heaven,’” adds worship team member Baily Hager, who leads songs “God of Salvation (I Still Believe)” and “Highest Praise” on the new record. “That’s here, right now, and we have the ability to pray that, to declare that through Jesus…That’s the vision of our church, that we can experience the move of heaven here on this earth.”

Voss and the Madison Street Worship team didn’t know how needed these declared promises would be. Releasing in the middle of the COVID-19 pandemic, these songs represent a welcome prayer for the state of uncertainty and despair our nation, and the world, finds itself in. And Madison Street Worship is not taking the timing of their album’s release lightly.

“In light of recent events and the chaos that has been going on in our world, I was relistening to this record and thinking, how powerful is it for us to say, ‘We can’t live a day without you,’” shares Jenna Battaller, who leads on “You Remind Me” as well as the album title-track. “God we really need Heaven to come because the world is so messed up right now. We need you to come and bring peace and set things right.”

Heaven Come Closer is indeed a timely album, but these songs would inspire and encourage worshipers no matter when they released and will continue to do so. The heart of Corey Voss & Madison Street Worship is for revival in the church. Tonight (April 17) Corey Voss & Madison Street Worship will be celebrating the release with a live party. They will go live with Intgerity Music to share songs from the new album and special moments and stories behind them. Click here to RSVP for the 7 pm CDT/ 8 pm EDT event. 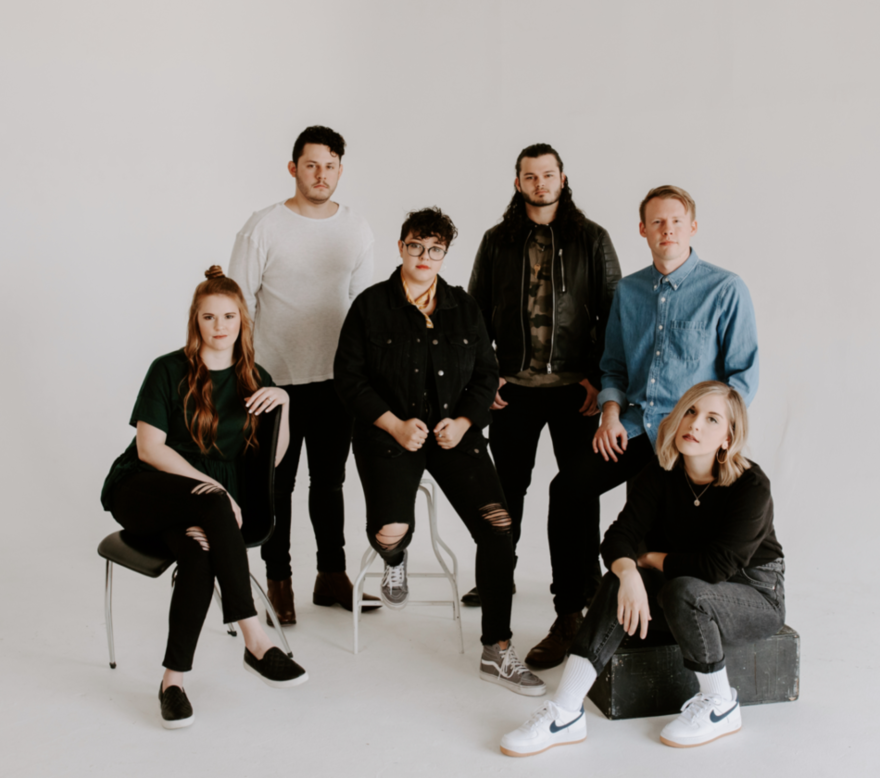 MORE ABOUT COREY VOSS & MADISON STREET WORSHIP: The worship collective, Corey Voss and Madison Street Worship, share the message of the revival happening at Gateway Church in Shelbyville, TN, a multi-generational, multi-cultural Tennessee congregation situated on the small town’s main thoroughfare of Madison Street. Voss began leading worship at the church eight years ago, when their congregation was no more than 65 people. Now the church has more than 1,000 members as a revival sparks in the small, rural city. Voss is also no newcomer to songwriting as he has six songs in the CCLI Top 2,000, including hits “Nothing But The Blood,” “I Got Saved,” and “Praise Your Name.” He’s co-written alongside industry-leading writers Michael Farren, Lauren Daigle, Paul Baloche, Leslie Jordan, Jared Anderson and Dustin Smith and currently co-wrote the title track on Matt Redman’s Let There Be Wonder album.

Madison Street Worship is the church’s worship ministry. They call themselves a collective of shepherds, songwriters, worship leaders, and creatives. They have a heart to serve the body of Christ both locally and globally and their mission is to boldly walk in the presence of God and to see His Kingdom crash into the region of Middle Tennessee and beyond. Members of Madison Street Worship include: Corey Voss, Baily Hager, Harley Rowell, Lee Bataller, Jenna Bataller, and Olivia Bush.https://www.madisonstreetworship.com