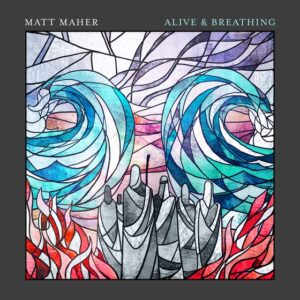 5 February 2020 – Franklin, Tenn – It was last fall when multi-award-winning singer, songwriter, and touring artist Matt Maher debuted Alive & Breathing Vol. 1, his three-song project that became the first of four music bundles and released consecutively through the fall and winter. Today, Maher announces all four of the volumes will be made into one album, aptly titled Alive & Breathing, and will also include two additional songs. Alive & Breathing will be available on March 6 (Provident Label Group).

The unique 14-track project highlights songs that Matt Maher has written or co-written for other artists (i.e., “Soul On Fire” as recorded by Third Day), live versions of previously released songs recorded by Maher (i.e., “Because He Lives”), or recorded in a different language (“Lord, I Need You (Señor, Te Necesito) [Live] [feat. Blanca].” Additionally, the album includes his current radio single “Alive & Breathing” and two new songs, “Joyful Noise,” “Light The Way.” Visit this link or tap the album cover to listen to the twelve previously released songs.

“Alive & Breathing,” which received more than 40 adds its first three weeks at radio, is already in the Top 30 and continues to climb steadily. Maher will perform the song live when he makes his Grand Ole Opry debut this Saturday, February 8. He is also slated to share his iconic single, “Lord, I Need You.” For tickets and information, click here.

Explaining the compilation of songs found on Alive & Breathing, Maher shares, “25 years ago, my life forever changed. I moved with my mom to Arizona and began going to Church. Ever since then, my life has felt like it moves in seven-year ‘chapters.’ In 2013, I stumbled onto a format of recording that was a hybrid of live music (unedited and raw), along with new studio songs. It was called All The People Said Amen. That format seemed to strike a nerve with people. Seven years later, it seems that once again I’ve reached a place of reflection. Before stepping into the next new musical season, I wanted to recap some of what I have been blessed to be a part of as a songwriter and as an artist. Along the way, new songs came out that spoke a lot to my heart. Songs are landscapes for living memories. This project, like the album cover, is kind of a soundtrack for crossing one season to the next, remembering the faithfulness of God in the past while declaring His goodness in the present and to the future.“

The day before Alive & Breathing releases, Maher will kick off his busy touring schedule for the year by appearing on Compassion Live’s The RoadShow 2020 Tour. Joining fellow artists such as Bethel Music, Martin Smith (Delirious?), Unspoken, Elle Limebear, and more, the RoadShow 2020 Tour begins March 5 and runs through March 29. For the most updated tour schedule, visit his tour page.

Indicative of his heart for unity, Maher will spend much of the year touring abroad. This summer, he will be performing at This Is The Day, the largest annual worship gathering in Central Europe. The multi-artist event will be held in Budapest, Hungary at the newly constructed Puskás Stadion with more than 60,000 attendees expected. Other scheduled performers include Chris Tomlin, Rend Collective, Pintér Béla, and Csiszér László.

Additional global performances will be held this fall including his home country of Canada, a European tour with Rend Collective, and a first-of-its-kind festival in Burgundy, France. Maher will also join the Michael W. Smith and Friends event in Hawaii. 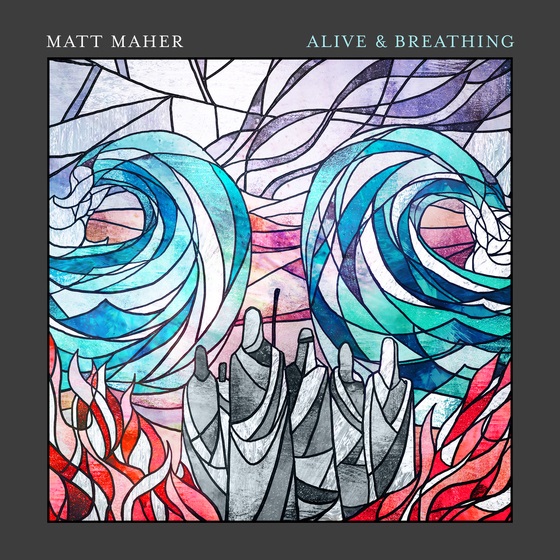 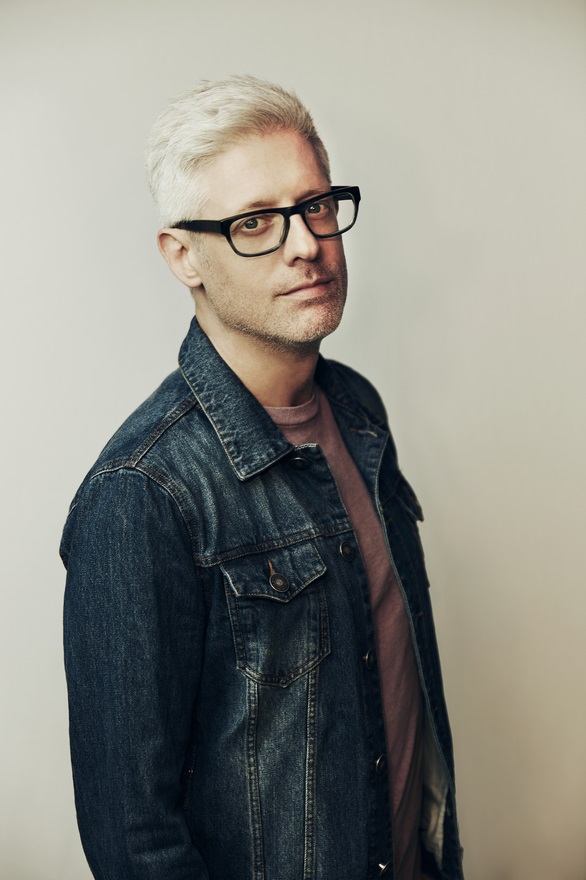 ABOUT MATT MAHER: Since his 2008 major label debut, Matt Maher has become a staple in the artistic and songwriting community. A nine time-GRAMMY® nominee and three time-GMA Dove Award winner, he has garnered multiple radio successes, writing and recording songs such as his Top 5 CCLI song “Lord, I Need You” and the chart-topping radio single “Because He Lives (Amen).” Along with other hits such as “Hold Us Together,” “Christ Is Risen,” “All The People Said Amen,” and “Your Grace Is Enough,” Maher has written or co-written five No. 1 radio singles.

Matt Maher achieved a career highlight in 2013 when he performed at the Vigil Mass presided by Pope Francis, in front of a crowd of three million people for World Youth Day in Rio de Janeiro. Two years later he performed again for the Pope in downtown Philadelphia as part of the World Meeting of Families, appearing along with The Fray, Aretha Franklin, Juanes, Jim Gaffigan, and Mark Wahlberg, among others. Maher also recently joined the elite group of musicians and artists as an official Steinway Artist.

Since 2006, Matt Maher has been on the road headlining his own tours and performing at major Catholic and Evangelical events. Maher has also participated in the industry’s biggest tours and festivals, such as the Worship Night In America with Chris Tomlin, Compassion Live’s The Roadshow, and Tobymac’s Hits Deep Tour. Maher has also toured with such artists as Michael W. Smith, Tenth Avenue North, Mercy Me, Third Day and Casting Crowns. Maher is joining The Roadshow tour again this spring, which kicks off in March followed by state-side and global touring throughout the rest of 2020. For the most updated information, please visit MattMaherMusic.com.