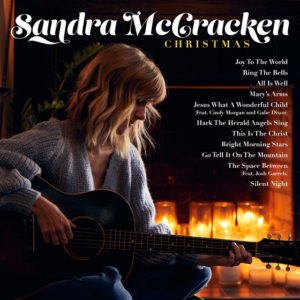 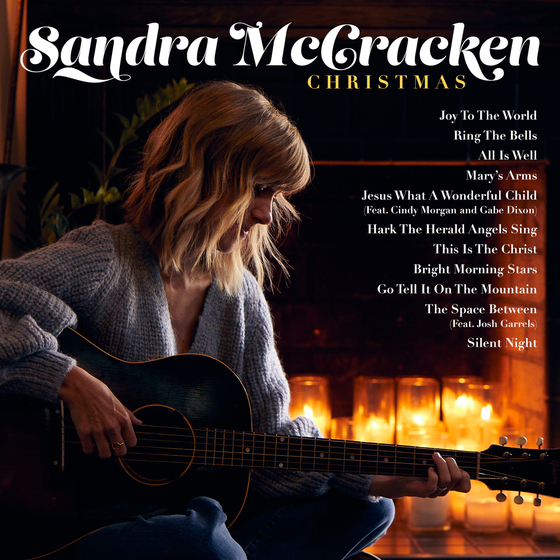 11 November 2019 – Brentwood, Tenn – Newly signed to Integrity Music, Sandra McCracken announces the release of her first-ever holiday album titled Christmas. Available now, the singer, songwriter, and modern-day hymn writer has been writing and recording music for more than two decades, and Christmas is McCracken’s debut with the label. Click here to listen to the album.

Drawing from folk, gospel, and hymn traditions, McCracken is well-known for crafting songs that weave together storytelling and scripture all while translating God’s comfort and love. Her new Christmas album is no exception. “I hope for my music to help stir people to ask the important questions, to bring comfort and hope, and to help people sing together. A Christmas album is all the more reason to do just that.”

As a lifetime fan of Christmas music, McCracken has had the desire to record her own holiday compilation for years. It was on a trip to Israel two years ago when she visited the birthplace of Jesus and the shepherd’s field near Bethany that pushed her to make Christmas. She shares, “I finally decided I didn’t need to overthink it. I wanted to enjoy the process, to sing these songs about the sacred story of the birth of Jesus. We still need the light of Jesus to break into our darkness. Sometimes we need familiar melodies to remind us that we have a place where we belong.”

With eleven songs including both originals and Christmas classics, such as “Go Tell It On The Mountain,” the album opener “Joy To The World,” and closer “Silent Night,” the project is surely going to be a staple for seasons to come.

One of the album’s standout originals is “The Space Between (feat. Josh Garrels),” co-written by McCracken and friends Cindy Morgan and Gabe Dixon. The song paints a unique perspective about the days after Christmas and before the New Year begins. “The holidays can be really hard for people because they intensify our feelings of loneliness,” McCracken states. “There’s such a high expectation on the time with family and friends that often we feel disappointed after Christmas Day. But January is one of my favorite times of year because it feels like an opportunity to rethink things. ‘The Space Between’ is a reflective, joyful reminder to accept the discomfort of life transitions with grace. It is a call to see what’s next.” A lyric video for “The Space Between (feat. Josh Garrels)” is below.

Another highlight is the cozy nostalgic offering “Ring The Bells” written by McCracken and Cindy Morgan. “I wanted this song to give us a picture of a present-day holiday scene, the family gathering together, the candlelight service, the call for peace and comfort from one to another. I remember the Johnny Cash Christmas album that we listened to a lot when I was a kid…the stories were almost like Charles Dickens set to music.

“Christmas is a reminder,” she concludes. “It stays with us. It pulls us back to the center, to remember what matters and where we belong. In the broken places, in the waiting, in the hoping, God has come to dwell with us. We are not alone. I pray this album brings light and hope to that reminder as people hear this good news again.”

McCracken will be performing these holiday tunes and more during the month of December in various cities around the U.S. Tour dates are listed below. 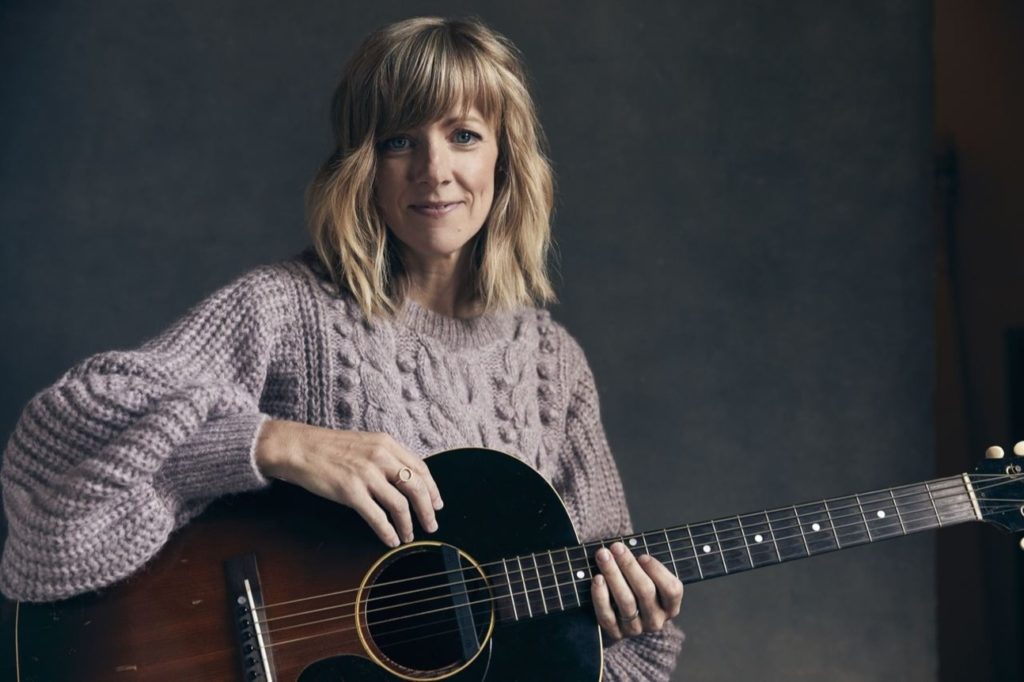 1. Joy To The World
2. Ring The Bells
3. All Is Well
4. Mary’s Arms
5. Jesus What A Wonderful Child (feat. Cindy Morgan and Gabe Dixon)
6. Hark The Herald Angels Sing
7. This Is The Christ
8. Bright Morning Stars
9. Go Tell It On The Mountain
10. The Space Between (feat. Josh Garrels)
11. Silent Night

Lyric video for “The Space Between (feat. Josh Garrels)”

ABOUT SANDRA MCCRACKEN: Sandra was born into a house with music always streaming from the record player. Growing up in St. Louis, MO, she moved to Tennessee in 1995 to study music and has faithfully carved out a career as an independent singer-songwriter and modern-day hymn writer. McCracken has been writing songs and words, recording, producing, podcasting and leading church music since graduating from Belmont University in 1999.

Although she has spent the majority of her years outside the main streams of Christian music, her songs have become a staple in churches internationally. Songs like “We Will Feast In The House Of Zion,” “God’s Highway,” and “Thy Mercy My God” are theologically rich, singable anthems that have crossed barriers between denominations and generations. Alongside gospel songs and group singing, her alt-folk ballads like “Fool’s Gold,” “You Hold It All Together,” and “Ten Thousand Angels” have been recorded by All Sons And Daughters, The Porters Gate, Audrey Assad, and featured in indie films and ABC’s “Grey’s Anatomy.”

In 2012, McCracken partnered with Sally Lloyd Jones (author of The Jesus Storybook Bible), Ellie Holcomb and friends to produce the first of four collaborative children’s albums as a side project called, Rain for Roots. She is also a founding member of Indelible Grace Music and has regularly promoted the joyful use and circulation of traditional hymns.

Beyond the melodies, McCracken is a regular columnist for Christianity Today’s “Pending Resolution.” She has also made contributions as a guest writer for The Gospel Coalition, She Reads Truth, Art House America, and Relevant Magazine.

Inspired to give back to the community, McCracken has partnered over the years with International Justice Mission, Blood Water Mission and World Vision and currently serves as the Volunteer Arts Coordinator for A Rocha USA, a faith-based conservation organization that is represented in 19 countries.

Since 2000, McCracken has recorded more than twelve albums. Her most recent, 2018’s Songs From The Valley, received glowing reviews and increasing streaming numbers on Spotify and social platforms. McCracken lives in Nashville, Tennessee with her husband, Tim Nicholson and three children. For more information, please visit SandraMcCracken.com and her social links below.