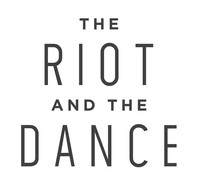 Moscow, ID – After an impressive theatrical debut, Fathom Events has announced a special encore screening of THE RIOT AND THE DANCE.  On April 19, moviegoers will once again be able to dive deep into nature, appreciate the wonders of the animal kingdom, and discover the world around us in a bold, new way.  A celebration of creation and the Creator, THE RIOT AND THE DANCE is a nature and science documentary showcasing the vast and beautifully intricate planet on which we live. 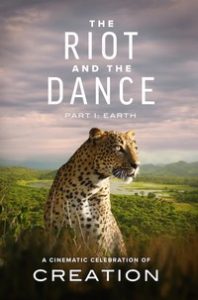 The title is based on a biology textbook written by the film’s host, Dr. Gordon Wilson. THE RIOT AND THE DANCE is a glorious uproar of creation that follows the biologist around our planet, sharing nature’s masterpieces everywhere from the jungle, to the desert, to his own backyard. Wilson hopes to inspire audiences to see the Creator’s workmanship and personality in all creation.

Critics continue to give rave reviews of THE RIOT AND THE DANCE, stating:

It’s a rare and much-needed film that combines beautiful, Planet Earth-style high-definition footage with insightful theological commentary and acknowledgment that this beautiful planet is not just an accident. It’s a masterpiece. – The Gospel Coalition

What makes it (The Riot and the Dance) distinctly different, however, is the way it interweaves Bible verses, spiritual insight, and a Judeo-Christian worldview into intriguing scientific observations about the world around us. It’s wonderfully refreshing and inspiring. It’s the Planet Earth-style documentary I’ve always dreamed of seeing, frankly. – Rocking God’s House

Yes, this is part one, with more to release. And that’s exciting news for faith-filled film lovers everywhere! – Word Traveling

Whatever your view on the origins of the universe, it’s an experience you shouldn’t miss – Patheos/Mere Chrisianity

Along with showcasing some of the more beautiful and entertaining creatures, the film explores how the natural world can look more like a riot than a dance. Because of the fall, brokenness is everywhere. But we are reminded that one day we will have a new earth, where all nature will live together again in harmony. The film also is a reminder that man has been given dominion over the animals, and that responsibility requires a call to know the creatures we are charged to protect.

Distributed through Fathom Events, fans throughout the U.S. will be able to enjoy the event on April 19 in select movie theaters through Fathom’s Digital Broadcast Network (DBN). THE RIOT AND THE DANCE will be shown in each market at 7:00pm local time, and tickets available for purchase online beginning Friday, April 6 at www.FathomEvents.com or directly from participating theater box offices.

For a complete list of theater locations, and for more information, please visit THE RIOT AND THE DANCE website.

About Gorilla Poet Productions
For the past decade, Idaho-based Gorilla Poet Productions has been focused on crafting cinematic offerings that inspire, entertain, and educate.  Since their first documentary, “Collision,” in 2008, Gorilla Poet has been involved in everything from commercial production to experimental shorts.  In 2016, their first feature film, “The River Thief,” was released by Freestyle. They are currently in production on two documentaries, an animated TV series for Netflix, and are in development on their next feature film with Lionsgate. For more information, visit www.GorillaPoet.net