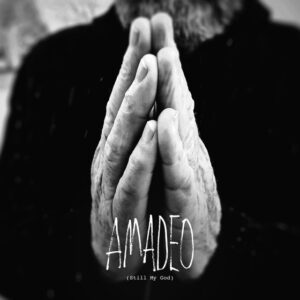 RYAN STEVENSON KICKS OFF AN EXCITING 2020!

3 March 2020 – Franklin, TN – Ryan Stevenson‘s 2020 is just beginning and it’s not about to stop. The award-winning artist and songwriter has released an infectious new single, “Amadeo (Still My God),” available now (listen here). The song, which just released Friday, will be featured on Stevenson’s anticipated upcoming full-length album, Wildest Dreams, slated to release this summer.

“Amadeo (Still My God)” was just added out of the box to 40+ Christian AC stations across the country, the 2nd most-added song at AC this year to date, and including other adds it has a remarkable total of 50 stations. The song has already been receiving early airplay on SiriusXM’s The Message and is included on AppleMusic’s Today’s Christian and Spotify’s Top Christian playlists. Stevenson and the song are also featured on Amazon Music’s Divine Sound, Pandora’s New Christian Music Now and Spotify’s New Music Friday Christian playlists. Click here or see below to view the lyric video. 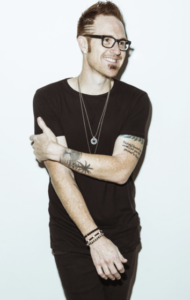 “Amadeo is derived from the Latin name Amadeus which means ‘lover of God,'” Stevenson shares about the theme of his new single. “We live in an uncertain world, and the truth of our humanity is the fact that we will all face uncertainties in life. Uncertainties can sometimes be catastrophic, life-altering events, that shake the foundations of our faith and can leave us disillusioned. My prayer for this song is to encourage all of us, to trust God no matter what our circumstances may be, to remind us that whether in crisis or victory, our first response should always be to cry out to the Lord! In the midst of trials and storms, may we all be able to hold steadfast to the Lord, our comforter and peace, and always be able to say, ‘I trust You, God, I love You, God! In every valley or mountain top, You are still my God!’

Along with “Amadeo (Still My God),” Stevenson’s new album will also feature “When We Fall Apart,” a song that he released the end of last year on the 10th anniversary of his mother’s passing from bone cancer. Stevenson is currently playing his new song live on TobyMac’s Hits Deep Tour, which runs through the end of March. In April Stevenson will go back on the road for a ten-city U.S. tour joined by new Gotee Records label-mate RICHLIN.

Stevenson will also release his first book, “Eye of the Storm: Experiencing God When You Can’t See Him,” this summer. “Ryan is deeply committed to the honesty of the journey,” says Paul Young, author of “The Shack.” “I am honored to be a witness to his courage and determination and his wholehearted pursuit of authentic truth-telling and creative craft.” The book will release July 7 through Harvest House and is available for pre-order now. “Ryan’s story is captivating and unique—nothing short of miraculous!” says Bart Millard of MercyMe. “I loved reading about his journey and seeing the Lord’s hand on his life. This is a beautifully compelling story, and I’m excited to see what the future holds for him.”

For the most updated information, please visit RyanStevensonMusic.com and on his social links below.

ABOUT RYAN STEVENSON: Following a nine-year stint as a paramedic, Pacific Northwest native Ryan Stevenson signed an exclusive agreement with Gotee Records in 2013 after capturing TobyMac’s attention by co-writing the No. 1 and GRAMMY® nominated single “Speak Life.” His first recording for the label was the Holding Nothing Back EP in 2013. This was followed by 2015’s full-length album Fresh Start, which featured the RIAA Gold Certified® single “Eye of the Storm.”. No. 1 for 16 total weeks in 2016, including nine weeks at Billboard’s Christian Airplay/Audience, “Eye of the Storm” was also at the top for 14 consecutive weeks on Billboard’s Christian AC chart, and listed as the No. 2 Billboard Christian AC song that same year. The song also won a Dove Award for Christian Pop Contemporary Song of the Year in 2017, and was nominated for two 2017 K-LOVE Fan Awards as well as a 2017 Billboard Music Award for “Top Christian Song.”

In 2018 album he released No Matter What, which featured collaborations with Bart Millard of MercyMe and Amy Grant, along with the top single “With Lifted Hands,” which became his fourth consecutive top 10  Billboard Christian Airplay single.

With four No. 1 singles (three as an artist and one as a co-writer), a GRAMMY® nomination, Billboard Music Award nomination, a Dove Award (2017), ASCAP honors and major tour bills with the likes of TobyMac, MercyMe, Newsboys, and Matt Maher, among others, Ryan Stevenson has already distinguished himself as a rare talent whose unique perspective guides his honest lyrics and sonic sensibilities. RyanStevensonMusic.com.