14 August 2019 – Franklin, Tenn – As an independent record label dedicating their efforts to uniquely invest in their artists and songwriters, those efforts continue to pay off again and again for Centricity Music. Achieving multiple GRAMMY Awards®, GMA Dove Awards®, and chart-topping hits in just the past couple of years alone, Centricity Music has another reason to celebrate with the unprecedented achievement of having two No. 1 radio singles on multi-genre charts this week. Lauren Daigle’s “You Say” tops Billboard’s mainstream Adult Contemporary chart for the second week in a row, while “Reason” from the band Unspoken grabs No. 1 on the Christian Audience chart.

Daigle’s “You Say” has been on the Billboard Hot Christian Songs chart for an astounding 55 weeks. The song is being promoted in partnership with 12 Tone Records/ Warner Records. “You Say” is the first single from her multi-award-winning and RIAA® Gold-certified sophomore album, Look Up Child.

“Reason” from Unspoken is the debut single and title track from their latest project, which released earlier this summer. The hit song is the band’s 9th top ten career hit for the band.

“I am so proud of the achievement from Lauren Daigle and Unspoken,” shares Steve Ford, General Manager, Centricity Music. “First, both Lauren and Unspoken have delivered timeless songs that massive amounts of people are responding to, and secondly, all of us at the label are so proud the hard work these radio teams have given these songs. I believe these artists and songs truly show the diversity of what we are trying to accomplish at Centricity, and we are so honored to support our artists’ unique calling on their lives.” 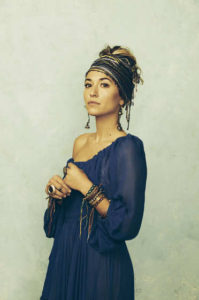 Lauren Daigle is a two-time GRAMMY Award winner, five-time Billboard Music Award winner, and two-time American Music Award winner. Her ability to connect with her fans has made her the fastest-selling new artist for her genre of the last decade. Daigle’s Grammy Award-winning crossover single, “You Say,” has appeared in the Top 40 of Billboard’s Hot 100 chart and her Grammy Award-winning album, Look Up Child, debuted at No. 3 on the Billboard 200 Albums chart. “You Say” has been certified Double-Platinum by the RIAA and Look Up Child has been certified Gold. LaurenDaigle.com. 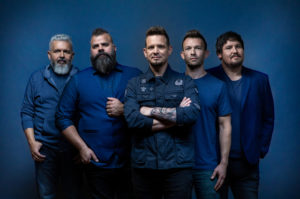 With birthplaces ranging from Maine to Puerto Rico, Unspoken showcases musicality as distinctive as their roots. Made up of Chad Mattson, Jon Lowry, Ariel Munoz, and Alan Pelno, the CCM band has been reaching listeners across the world from their earliest releases. Their 2012 debut single “Who You Are” was iTunes’ Top Christian Song of the Year, in addition to reaching the Top 10 of the NCA Chart. Their follow-up, self-titled debut album made its way to the Top 10 of Billboard’s CCM chart and included such hits as “Good Fight,” “Lift My Life Up,” and “Start A Fire,” the last of which became the group’s first AC radio No. 1. Their song “Call It Grace” was not only an NCA Top 10 but was nominated for a K-LOVE Award for “Song of the Year” and honored by ASCAP as a Top Christian Song of 2016. With their follow-up releases, the band has continued to reach audiences in and beyond the Christian music sphere with their talent and captivating performances. They’ve toured alongside acts like MercyMe and Casting Crowns, sharing their powerful testimonies through song. Their last EP features the radio Top 10 praise anthem “Just Give Me Jesus,” and their third full-length album, Reason, released in June 2019. UnspokenMusic.com.