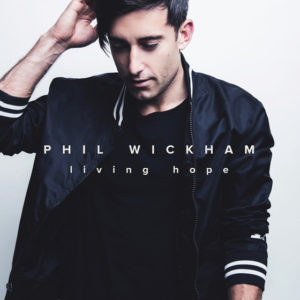 Nashville, Tenn. (August 14, 2019) – Phil Wickham is celebrating four Gospel Music Association (GMA) Dove Award Nominations for his
August 2018 release, Living Hope. With the LP receiving a nomination for Worship Album of the Year, the title track was also nominated for Song of the Year, Worship Song of the Year and Worship Recorded Song of the Year.

Living Hope was largely inspired by Wickham’s role at Harvest Bible Fellowship leading worship and writing songs for the church community. He collaborated with 19 other songwriters on the project, a first for the artist who historically hasn’t done much co-writing for his albums (collaborators include Chris Tomlin, Mack Brock, Kristian Stanfill, and Jonas Myrin and more)

Written with Bethel Music’s Brian Johnson, the title track, “Living Hope,” boasts over 42 million streams and was a top 10 Billboard Christian radio hit. Presently #7 on the CCLI Top Song chart, churches and worship groups are singing “Living Hope” across the U.S. and around the globe.

Additionally, Wickham made a special appearance in the acclaimed and also GMA Dove Award Nominated film, “Breakthrough,” performing his No. 1 hit, “This Is Amazing Grace.” The movie is up for Inspirational Film of the Year.

About Phil Wickham
Phil Wickham is, at his core, a humble and sincere artist who writes songs and worships God using the medium of music. It is with that brush that he paints images of a loving and creative God across the canvases of listeners’ hearts and minds. The evidence of this gift has been apparent on all of his critically acclaimed efforts: Phil Wickham (2006), Cannons (2007), Heaven & Earth (2009), Response (2011), The Ascension (2013) and Children Of God (2016). His RIAA platinum certified single “This Is Amazing Grace” gave Wickham his first career No. 1, holding the top spot on Billboard’s National Christian Audience Chart for 13 consecutive weeks. The honors continued as the single was named Billboard’s 2014 No. 1 Christian Airplay Song of the year and BMI’s 2015 Christian Song of the Year. In addition to its success at radio, the song has become a beloved anthem in the modern church, increasing Wickham’s recognition as a gifted artist and songwriter with a true heart of worship. Living Hope along with Singalong 4 (LIVE) are available now.

Get Connected With Phil Wickham
www.philwickham.com