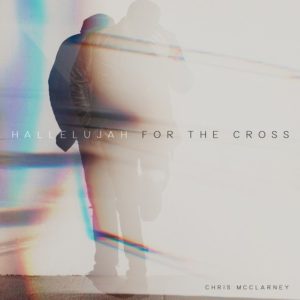 CHRIS MCCLARNEY DEBUTS NEW SINGLE AND VIDEO FOR
“HALLELUJAH FOR THE CROSS” TODAY;
Song Will Be Featured On New Album Coming This June

16 March 2018 – Nashville, Tenn – Capitol Christian Music Group announces Jesus Culture artist Chris McClarney releases his anthemic single, “Hallelujah For The Cross,” today. The song, which was recorded live in Sacramento, CA at Jesus Culture Church, is available on all digital formats. A live music video for the single also debuts today, which can be viewed here or on the below image.

Capitol CMG also announces the latest album from Chris McClarney will release this June. Leading up to its release, there will be instant grat songs with a preorder, along with additional live music videos. It will be his second solo album with the label, following up to his critically-acclaimed 2015 debut, Everything And Nothing Less. 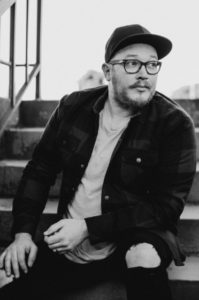 Along with appearing at a few conferences and youth camps, further tour plans are underway this year for Chris McClarney along with Jesus Culture, touring around the U.S. as well as South Africa.

Well-known for his powerful worship anthem, “Your Love Never Fails,” as recorded by both Jesus Culture and Newsboys, Chris McClarney grew up in the church as the son of a youth pastor and met Jesus at a very young age. At just 14 years old he began leading worship for a small group, which then turned into full-time ministry in local churches and inner-city ministry across Nashville, Tennessee. “Your Love Never Fails” has become one of the most popular songs in America’s churches as reported in the TOP 25 of CCLI, and a No. 1 song on the Billboard Christian chart. His powerful debut LP with Capitol CMG, Everything And Nothing Less, was recorded live at the 2015 Jesus Culture Sacramento conference.

Chris McClarney currently resides in the Nashville area with his wife and three daughters. For more information, please visit ChrisMcClarney.com and on his social links below.