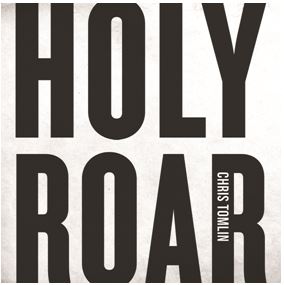 Nashville, TN (October 26, 2018) – Chris Tomlin, who was recognized earlier this week as the first Christian artist to reach the Billion streams threshold on PANDORA and was presented with their BILLIONAIRE award with 1.8 Billion lifetime spins, releases his 12th studio album today, HOLY ROAR. The release of his new music will encompass national television performances, a Holy Roar book, a 2019 tour and the debut of his own podcast as well as a livestream listening event. 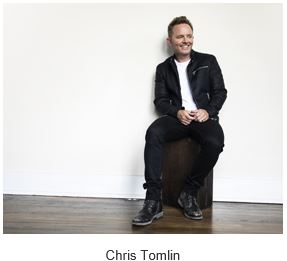 “Holy means set apart completely, unlike anything else. It’s a word really reserved for God,” Chris said recently to Billboard Magazine about the new music (read the story HERE). “And the word roar, you instinctively know what that word sounds like, what it feels like. Webster’s Dictionary says it’s a long, full prolonged sound or to sing and shout with full force. The world knows what a roar is. People let a massive roar out for different things, but when you put ‘holy’ in front of it, it changes everything. It’s this set apart roar. It’s this completely other thing and that’s what worship is. It’s a completely unique thing.”

On December 17, Chris will perform on Good Morning America and also in December, Chris will appear on daytime’s Emmy-nominated lifestyle and entertainment show Pickler & Ben.

The album’s title track and companion book, Holy Roar: 7 Words That Will Change the Way You Worship, were both inspired by a sermon from Chris’ pastor Darren Whitehead on seven Hebrew words for ‘Praise.’ Chris continues the ‘holy roar’ message with the 2019 “Holy Roar Tour” announced earlier this week and the debut of the Holy Roar Podcast exclusively available on Spotify. A new podcast will post every other week leading to the spring tour and each episode features Chris sitting down with some of his greatest friends, worship leaders, fellow artists and pastors as they explore things you may not know and stories behind the songs on the HOLY ROAR album. The podcast’s first guest is Chris’ Pastor and co-author on Holy Roar: 7 Words That Will Change the Way You Worship Darren Whitehead.  Listen HERE

On November 1 at 7pm CST, Chris will perform new music from HOLY ROAR during a livestream event on Facebook live and www.christomlin.com in celebration of the album. RSVP alert is open now on Chris’ site.

The HOLY ROAR album was produced by Ed Cash and Bryan Fowler and is the follow up to Chris’ NEVER LOSE SIGHT album that contains three of his 16 #1 singles including the Platinum selling “Good Good Father,” “Jesus” and “Home.”

About Chris Tomlin
Chris Tomlin is one of the most heralded singer-songwriters in the world who has amassed an impressive body of work. With 12 albums, 16 #1 radio singles, a Grammy and an American Music Award, 3 Billboard Music Awards, 21 Dove Awards, a BMI Songwriter of the Year Award with two platinum and five gold albums to his credit and 8 million albums sold, Chris is among the most recognized and influential artists in any genre of music known around the world. It is estimated each week 20-30 million people sing one of his songs in worship. Last fall, in another career milestone Chris became one of only four artists ever to receive the Sound Exchange Digital Radio Award for over 1 Billion digital radio streams, others include Justin Timberlake, Pitbull and Garth Brooks. Chris’ concert tours have sold-out venues in major cities including New York City’s Madison Square Garden, The Forum in Los Angeles, Nashville’s Bridgestone Arena and Red Rocks in Denver, among others. This spring, Chris launched his own imprint record label, Bowyer & Bow, in partnership with Capitol Christian Music Group.