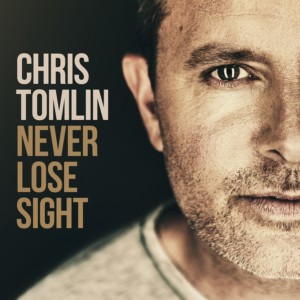 GRAMMY® Award Winner Chris Tomlin’s
Never Lose Sight Called “Moving,”
“One Of The Best Worship Albums” Of The Year
Tomlin performs on FOX & Friends and Billboard LIVE today
Worship Night In America: An Evening Of Prayer & Unity For Our Country hits theaters and churches across the country tomorrow

The praised release is being called a “gospel-soaked gift of songs” (CCM Magazine), “a brand new set of songs that will impact congregations globally” (Worship Leader) and “one of the best worship albums you will hear this year” (Louder Than The Music). Billboard applauded the “moving,” music, complimenting Tomlin’s smooth vocals upon exclusively debuting “All Yours” last week.

Amid the nationwide release of Never Lose Sight, Tomlin was presented with the RIAA gold certification of beloved single “Good Good Father” at his album launch party on October 21 at Capitol Christian Music Group.

Tomorrow on October 25, people all across the country will fill more than 450 theaters and churches for Worship Night In America: An Evening Of Unity And Prayer For Our Country. Audiences will hear impactful messages from best-selling author Max Lucado and internationally known speaker, pastor and author Louie Giglio, along with powerful declarations of worship through songs led by Tomlin, Matt Redman, Matt Maher, Phil Wickham, Kim Walker-Smith and Tasha Cobbs. Several venues have already sold out. To secure your Worship Night In America ticket now, visit christomlin.com.

About Chris Tomlin
With 11 albums, 15 No. 1 radio singles, a GRAMMY® Award and eight additional nominations, three Billboard Music Awards, 21 Dove Awards, two platinum and five gold albums to his credit, Chris Tomlin is among the most well-known and influential artists in contemporary Christian music. Referred to by TIME Magazine as likely the most often sung artist anywhere, Tomlin consistently has several songs in the top 20 of the Top 100 CCLI songs. BMI and GMA Dove Awards’ 2014 Songwriter of the Year, Tomlin’s “How Great Is Our God” was his first No. 1 on the CCLI Top 25, becoming one of the fastest rising modern day hymns in CCLI chart history. In addition to having sold more than 7 million albums and over 8.9 million digital tracks, Tomlin made history as his No. 1 single “Jesus Messiah” (Hello Love) garnered 97 adds at radio, making it the biggest ever add date in Christian radio history. Tomlin recently broke the record for most top tens in the history of Billboard’s Hot Christian Songs chart. Additionally, he was honored with the SoundExchange Digital Radio Award earlier this year, recognizing more than 1 billion digital radio plays. Burning Lights debuted at No. 1 atop the Billboard 200 in January 2013, making history as only the fourth Christian music album to do so. Tomlin’s debut children’s book Good Good Father and 11th studio album, Never Lose Sight, are available now.