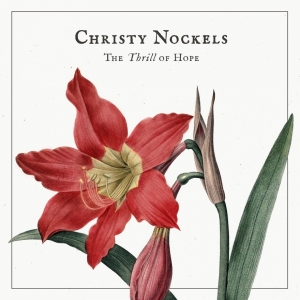 Nashville, Tenn. (Dec. 15, 2016) – Upon a successful debut, Christy Nockels’ first-ever Christmas record The Thrill Of Hope is receiving widespread praise from critics, citing the album as “the most original and inspired holiday album” and “a beautiful yuletide reminder.” Along with features on WSMV’s Today In Nashville, The Tennessean, American Family Radio, Moody Radio and more, Nockels made a guest appearance during LifeWay’s annual Christmas Chapel services on Dec. 13 and 14. Surprising the entire LifeWay Christian staff, Nockels performed songs from her latest holiday release. 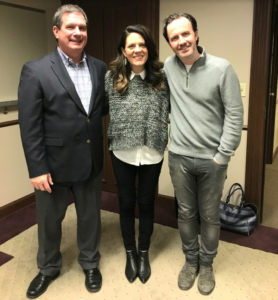 Read what critics have to say about The Thrill Of Hope:

“Perhaps the most original and inspired holiday album to come out of Nashville this year, gospel artist Nockels’ first Christmas album is fueled by joy and orchestral grandeur” – The Tennessean

“Without Jesus coming to earth, we would have no reason to dance and rejoice. The classics and Christy’s original songs blend together on The Thrill of Hope to remind listeners in a powerful way just how important Christ is.” – New Release Today

“Intended to be a personal listening experience, the intimacy and intricacy of the arrangements clarify this vision with beautiful takes on “O Come O Come Emmanuel” and “O Holy Night.” Christmas music fans will also appreciate a handful of newer songs to add to holiday catalog. What a beautiful yuletide reminder for all of us.” – CCM Magazine

“Christy Nockels has pulled together a collection of classics and original songs perfect for the occasion. Though the instrumentals and arrangements are fresh and engaging, her powerful vocals make each song bright, joyful, and enjoyable to hear. The Thrill Of Hope is exactly as the title suggests – filled with excitement about the Savior and the hope He gave to the world when He came.” – The Christian Beat

The Thrill Of Hope is available for purchase, HERE.

About Christy Nockels:
Christy Nockels is a worship leader/singer-songwriter who lives Nashville, Tenn. with her producer husband Nathan Nockels (Passion, Matt Redman, Laura Story), and their three children. Christy and Nathan toured nationwide for several years as the duo Watermark, recording four acclaimed albums together. In 2009, Christy released her first ever solo album, Life Light Up followed by a 2012 sophomore release Into The Glorious and a critically acclaimed live worship album Let It Be Jesus in 2015. With GMA Dove Awards to her name, Nockels’ first Christmas project of her career, The Thrill Of Hope, is available now.