NASHVILLE, TENN. (FEBRUARY 07, 2020) Fair Trade Services announces the addition of new artist Hope Darst to their roster as she releases her debut song, “Peace Be Still,” available everywhere today. Click here to listen to the the song, which was co-written with Mia Fieldes and Andrew Holt. Darst’s new version of “Peace Be Still” is her debut single and is impacting Christian radio now.

“I’m blown away thinking about this right now,” shares Hope Darst about her new season with Fair Trade Services. “I’m turning 40 this year, and to think that at 40 I’m signing my first recording contract makes me cry knowing the story God has written for me – and the beautiful stories He writes for all of us that we can’t even imagine. I dreamed of being an artist for 25 years, and then laid that dream aside to pursue what God had called me to do – raise a family and serve local church. I never imagined that 15 years later, God would lead me back to my first dream of writing and releasing music as an artist. What I’ve learned is that when we stay surrendered and keep saying ‘Yes’ to the season God puts in front of you, He writes an amazing story over our lives. So whatever you have in your life that might look finished or over, you have no idea what God could bring to life again.

“Hope Darst has faithfully spent much of her adult life knocking on some music related doors. She moved to Nashville when she was 19 and bounced around working various odd jobs and exploring different aspects of the music business. During this time, she met her husband, David, and went on to have two girls. Eventually feeling called into full-time ministry, Darst spent a decade as the worship leader for her local church and on the road with conferences and events.

In 2013, Darst found herself in moment of crisis and realized she needed ministry more than she needed to minister. Darst transitioned to being a full-time mom and committed herself to a season of healing. It was during a time of seeking wholeness, that a friend invited their family to a grassroots Bible study that eventually grew into The Belonging Co. in Nashville.

“That became the place where I really began a relationship with the Holy Spirit, and He began to counsel me through deliverance, healing and freedom from events over my life,” Darst shares. “It was like living water to a parched soul. I was so tender to the voice of God. He was literally changing me from the inside out.”

She eventually started leading worship again and soon found herself co-writing with her worship team. “We all had experienced such a powerful encounter with God during that season and we wanted to write songs that reflected that. While on a worship team retreat, Darst, along with seasoned songwriters, Mia Fieldes and Andrew Holt penned “Peace Be Still.”  Over the next two years, Darst saw the song become an anthem of hope for their congregation and soar to new heights as churches around the globe embraced its truth as their own.

“I have fought fear and anxiety in different seasons of life and what I’ve learned is that I can’t think my way out of it, but I can worship my way through it,” shares Darst of her song. “This song is a prayer and a weapon; a prayer of peace over everything you are facing and a weapon of worship to defeat fear, depression, and doubt. God has promised you peace: ‘Fear not for I am with you,’ says the Lord. ‘Do not be anxious but with prayer and thanksgiving, tell God what you are concerned about and then the peace that goes beyond all understanding will guard your heart and your mind.’”

Darst will be releasing a full-length debut on Fair Trade Records in the Summer of 2020. 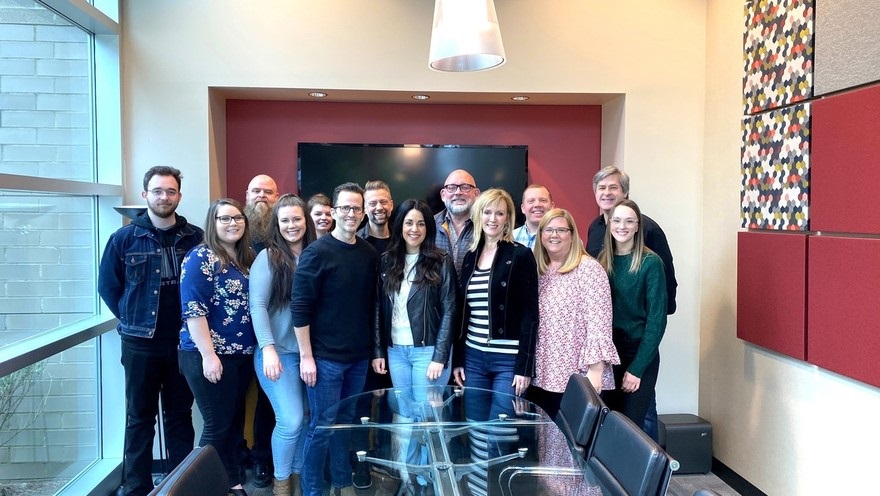