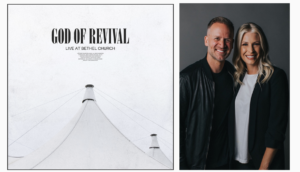 REDDING, Calif.—“God of Revival,” the highly anticipated new single from GRAMMY®-nominated, world-renowned worship leaders Bethel Music, is now available. An impassioned anthem of praise and prayer featuring Bethel Music co-founders Brian & Jenn Johnson, “God of Revival” pleads for a new awakening, an outpouring of His Spirit on families, cities and nations. Recorded live at Bethel Church in Redding, California, the prophetic song also calls upon worshippers to seek a fresh faith in the God of the impossible—the God who lights the darkest night.

Produced by Brian Johnson and Joel Taylor, “God of Revival” was penned by Johnson and Phil Wickham, writers of 2019’s Dove Award-winning Worship Recorded Song of the Year, “Living Hope.” Reflecting a season of renewal within the Bethel Music community, “God of Revival” is the title-cut from the collective’s forthcoming compilation slated for release later this year.

“As a Bethel Music community, we are experiencing an outpouring of the Holy Spirit, igniting fresh hunger in each of us to go after more of God no matter the cost,” Brian Johnson says. “We have reached a turning point from which we have resolved that no matter what happens around us—we serve an amazing God. Revival is here and now.”

This spring, audiences around the country can experience Bethel Music on “The Roadshow 2020” Tour, presented by Compassion LIVE. The 16-city outing kicks-off March 5 in Ypsilanti, Michigan, and also features Matt Maher, Martin Smith of Delirious?, Unspoken, Apollo LTD, Elle Limebear and Peabod. Click here for a complete list of cities and dates. 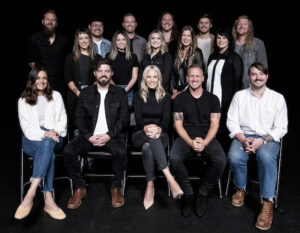