Music News: FIREFLIGHT COMES FULL-CIRCLE WITH ‘WHO WE ARE: THE HEAD AND THE HEART’

FIREFLIGHT COMES FULL-CIRCLE WITH
WHO WE ARE: THE HEAD AND THE HEART
GRAMMY®-Nominated Band Delivers RockFest Records Debut October 23

NASHVILLE, Tenn.— Who We Are: The Head and The Heart, the two-volume set and first new recording in more than five years from GRAMMY®-nominated, Gold-selling rockers Fireflight, will release October 23. The group’s RockFest Records debut comes full-circle, showcasing Fireflight’s return to their pure rock roots—a sound that helped cement the band’s reign as genre leaders for more than a decade—as well as reuniting the original lineup of Dawn Michele (vocals), Wendy Drennen (bass), Glenn Drennen (guitars) and Justin Cox (guitars).

The album was co-written by Dawn Michele, Glenn Drennen and Justin Cox, along with Disciple’s Josiah Prince, its 10 tracks evenly divided between Vol. 1, The Head, and Vol. 2, The Heart. Produced by Prince, the collection explores action and impact, reminding believers that as children of God, our response to the world around us carries eternal weight. The project’s title-cut and lead single—a full-throttle call to arms further galvanizing the album’s timely theme—is now available.

“The song invites us out of helplessness and into our true identity,” says Dawn Michele of “Who We Are.” “As God’s children, it’s our opportunity to step up and show what His love is made of. It’s here for us the day after the disaster. It’s here for us when we have nothing left to give. Now we just have God’s love to give, because we’ve run out of everything we could do in our own power.”

Plumbing the depths of vulnerability from beginning to end, additional highlights of Who We Are: The Head and The Heart include the hard-driving “Welcome To The Show,” an invitation to surrender to Truth; “Keep Your Head Up,” a rock ballad offering encouragement to press on through trials, and the raw emotion of “Bury The Dead,” a song examining both the struggle and necessity of forgiveness.

“There’s nothing we’ve taken for granted during writing and recording Who We Are,” says Glenn Drennen. “When you’re doing it just for the pure passion, it’s a really refreshing place to be. It takes you back to the very beginning, when you first started out as a band and just had a passion for playing music and impacting peoples’ lives.”

“We’re extremely excited to welcome Fireflight to the RockFest family,” says label founder and president Joseph Rojas. “What makes this release even more special to me is that Seventh Day Slumber brought Fireflight out on their very first tour. We’ve been through good times and bad times together, so it’s humbling for RockFest to be the label Fireflight chose for their return to recording. I’ve listened to this new project over and over again, and I seriously can’t wait for Fireflight fans and Christian rock fans to hear it.”

With a GRAMMY® Award nomination to their credit; 34 million views on VEVO; nine #1 Christian rock hits; seven Dove Award nominations; and a Gold-certified single, Fireflight has built a fiercely devoted following, transcending both Christian and mainstream rock. Bursting onto the scene with their 2006 Flicker Records debut, The Healing Of Harms, the band’s Flicker discography also includes Unbreakable (2008) and For Those Who Wait (2010). The group’s Essential Records debut, Now, was the top-selling Christian rock album of 2012, while Fireflight’s independently released INNOVA (2015) yielded two #1 singles, joining such career-defining hits as “Waiting,” “The Hunger,” “Unbreakable” and “Stay Close,” among others. They have performed at the Winter X Games and their music was featured in Taco Bell’s “Feed the Beat” campaign. 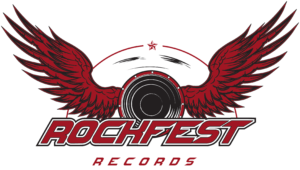 Fireflight – “Who We Are” (Official Music Video)