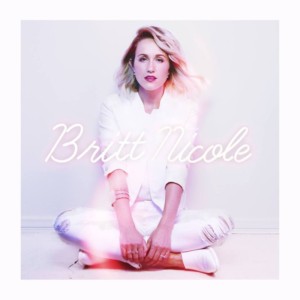 Nashville, Tenn. (April 14, 2017) – GRAMMY® nominee Britt Nicole‘s latest music video, “Be The Change” premiered on Huffington Post yesterday. Having just wrapped up her time touring on Winter Jam 2017, with over 46 dates across the U.S. with shows averaging 8k-10k people a night, Nicole continues to connect with fans with the release of her new music video, “Be The Change.”

Premiering on Huffington Post, the music video encourages fans in a positive way to make a difference within their own communities. Nicole has even encouraged fans to share their experiences on social media using the hashtags #BeTheChange and #MyBeTheChangeStory, staying true to the message of the song.

“There are people all around us who need hope and love,” says Nicole. “It’s up to us to make the choice every day to wake up and see those people, and be the change in their life. I pray this song becomes an anthem for the world.”

With her last single, “Through Your Eyes,” hitting No. 1 at Hot AC’s radio for three weeks straight, Nicole’s radio version of “Be The Change” is set to release to stations nationwide on April, 21.

About Britt Nicole
Identified as the “pop artist with a message,” Britt Nicole first debuted in 2007 with her inaugural studio album Say It, which quickly gained her fans in the faith-based space for her upbeat, positive music. The title track off her sophomore album The Lost Get Found spent eight weeks at No. 1 on the Christian Hot AC chart, soon followed in 2012 by her third studio album, Gold, which quickly crossed over into the Top 40 pop radio chart and scored Britt her first GRAMMY® nomination for Best Contemporary Christian Album. The album’s appeal made Britt the most-played female artist on Christian radio in 2012. The Nashville-based singer-songwriter also serves as the Creative Director for her exclusive merchandise line, many featuring fan favorite lyrics from her hit records. The GRAMMY® nominee’s latest album, Britt Nicole, is available now.