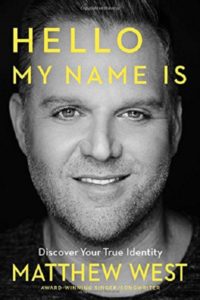 We are taught to hand out labels from a very young age. Our parents will point to foods, animals, and toys, giving us their names and encouraging us to repeat them. It’s the foundation of our ability to understand the world – knowing what an object is called, what it’s for, and drawing conclusions on that basis. But imagine if somebody decided to play a cruel joke on you. What if they told you that a flower was “spaghetti”, or a robin was an “elephant”? If you heard somebody talk about the actual object, you’d be awfully confused when they said elephants could weigh several hundred pounds (That’s one big robin!) When you pick a flower and call it spaghetti, everyone would laugh. If only you’d known their true names.

We have been labeled, too. And while some of these names we’ve been given may be partially accurate, in no way are we simply what they say we are and nothing more. In many cases, they’re who we used to be but are no longer; in still others, we were never what the label said we were, we just believed the lies written on our tags. There is so much more to us than what people have decided we are. Matthew West continues his mission of storytelling begun in his songs with the book Hello My Name Is – inspired by the song of the same name – determined to show us that’s there’s more to us than the stickers and name tags people affix to us. The only names which truly matter are those God gives us.

West’s writing style is really easy to follow, with an authentic blend of humor (leprechaun pee??) and heart. He uses examples from his life as metaphors to illustrate the various pitfalls we can encounter. He also points to Scriptural stories, such as those of Joseph and Jonah, showing that our challenges are nothing new. Each chapter concludes with three discussion questions for further reflection.

His lessons are divided into three sections; truth, lies, and next steps:

First, we have to have a correct understanding of God’s character and our relationship to Him. We learn that God is worthy of our awe, if we’re willing to take a moment to consider His many attributes. He is in control and we are not; the sooner we accept this, the sooner we can surrender to His better way. Instead of running away in fear, we can run towards Him in faith, knowing He will never let us down. Slowing down opens our hearts to hear Him speak, rather than drowning Him out with busyness.

Armed with truth, we can now tackle the enemy’s lies one by one. From always having to be on guard so nobody sees your scars, presenting the appearance of holiness, to believing every hurtful label affixed to you by others. Struggling with past pain, unable to move on or heal. We must recognize Satan’s goals and tactics if we’re to defeat them with God’s help. Instead of being trapped by guilt, grace sets us free to start over again.

Once the lies have been vanquished, the question then becomes, what now? Where do we go from here? It begins with seeing ourselves as loved and wanted by God. We also confront the names we deserve with an honest look in the mirror so that Jesus can take them and replace them with the ones He desires to make us into. By recognizing our emptiness, we pave the way for Him to use our lives in great ways. There’s only so much time left to make an impact, but we aren’t given any idea how long. Our identity doesn’t lie in either our failures or successes. Most of all, we need to remember that this isn’t our final destination. Life is a journey homeward, with stops along the way that are chances to make the most of what we’ve been given here while never losing sight of where we’re headed.

This is the perfect time for a book such as Hello My Name Is. The search for identity and meaning has never been as visible as it has now become, with people questioning the meaning of age, race, ability, and even gender on a daily basis. Matthew West consistently returns to God’s word in the search for significance and purpose, blending personal experience and secondhand stories with wit and wisdom.