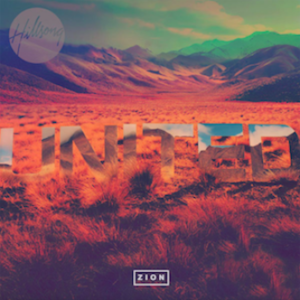 Nashville, Tenn. (August 1, 2016) – Hillsong UNITED’s 2013 release of Zion garnered RIAA Gold Certification, totaling more than 500K in sales. Of the songs found on Zion is “Oceans (Where Feet May Fail)” which spent a record breaking 45 weeks at No. 1 on Billboard’s Hot Christian Songs Chart and was the first Christian song to hit Billboard’s Hot 100 Chart. Most recently, the platinum selling song was honored with a 2016 Billboard Music Award for “Top Christian Song.”

In July, Hillsong UNITED surprised fans by releasing Of Dirt And Grace – Live From The Land, a LIVE visual take on songs from their best selling EMPIRES recorded and filmed at Biblically historical locations throughout Israel. Upon its release, the digital album topped the Soundscan Praise & Worship Chart, hitting No. 2 on the Billboard Contemporary Christian Chart, No. 2 on Soundscan Christian/Gospel Digital Album Chart and top 40 on the Billboard Top 200. Hillsong UNITED will wrap the final leg of their U.S. EMPIRES Tour this week at Chicago’s United Center.

Hillsong – Let Hope Rise – Original Motion Picture Soundtrack will street on August 12 in advance of the upcoming film. Included in the album are some of the most beloved hits from the ministry to date like “Touch The Sky,” “Mighty To Save,” “Hosanna” and “Oceans (Where Feet May Fail).” The 11 track project features performances from Hillsong UNITED as well as Hillsong Worship and Hillsong Young & Free. The movie Hillsong LET HOPE RISE will release on Sept. 16 in partnership with Pureflix. The film follows Hillsong UNITED as they record an album and explores the history of Hillsong, a 30-year journey from a church in the Sydney suburbs to an international ministry.