Music News: Hillsong Worship’s let there be light. Garners No. 1 Spot On Billboard Top Christian Albums Chart Upon Its Release 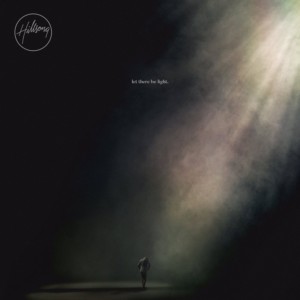 Nashville, Tenn. (Oct. 31, 2016) – let there be light., the latest from Hillsong Worship, claimed the top spot on Billboard’s Top Christian Albums Chart alongside claiming No. 7 on Billboard’s Top Albums Chart and No. 14 on the Billboard 200 Chart upon its release. The latest LP is a bold prayer over this world today, that the light that has shone on us through the Gospel be the light we now bear and shine forth as the Church of Jesus Christ. Following their Sept./Oct. Worship Musician cover story, critics have called let there be light. “one of the best albums of the year” (The Christian Beat), “a powerful album filled with great music, strong declarations of faith” (Church Mag) and “so memorable… every track has a foundation of great songwriting; authentic and beyond cliché, this music is directed to God as the prayers of His people, and His glory is celebrated” (Worship Leader).

“More than anything, our greatest hope for this record is that it will give people something to sing that rages against the chorus of division and fear that seems to be making so much noise right now,” Joel Houston shared exclusively with Billboard. “God knows the world needs more love, more empathy, more hope, more light.”

Sharing an insight into the creative process and heart of Hillsong Worship’s latest album, the documentary in pursuit of the light. is available on the Hillsong Channel. To view the latest channel schedule, click here.

About Hillsong Worship:
With a catalog sung by an estimated 50 million people worldwide each week, Hillsong Worship is passionate about equipping and mobilizing believers everywhere with Christ-centered songs of God-glorifying worship for the building of the Church. For almost three decades Hillsong Worship has served people across nations and generations, travelling the world leading diverse expressions of the Church in the worship of Jesus. By God’s grace it’s “local church” worship songs such as “Shout To The Lord,” “Mighty To Save,” “Hosanna,” “Cornerstone,” “Forever Reign,” “Broken Vessels” and “This I Believe (The Creed)” have become the songs of local churches all over the globe, in addition to finding a place in the personal devotion of individual believers everywhere. Their latest, let there be light., is available now.