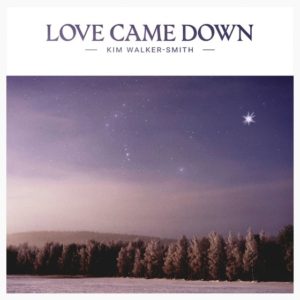 NASHVILLE, TENN. (NOVEMBER 02, 2018) Jesus Culture’s Kim Walker-Smith is releasing a brand new Christmas single, “Love Came Down,” available here. Fans will be able to hear this new single along with other holiday favorites from her past Christmas project on the upcoming K-Love Christmas Tour with Big Daddy Weave, Brandon Heath and more. Dates for the Christmas tour are listed below.

“‘Love Came Down’ was inspired by a Christmas poem published in 1885 by Christina Rossetti,” shares Walker-Smith about the single. “The poem very simply and beautifully describes the gift of love given to each of us. My prayer is that when people hear this song, they have a beautiful revelation of God’s love. Christmas is not just a celebration of a beautiful story, but it is a reminder of His powerful love. He was unstoppable in His plan to bring us into reconciliation with Him, wanting nothing to separate from His love again. I hope that when people hear this song, shame is stripped away and they encounter love that breathes life and hope inside of them.”

As one of the founding leaders of the Jesus Culture movement, Walker-Smith has spent the last 18 years traveling the world leading worship, sharing at conferences and recording numerous live albums with Jesus Culture. She was part of the Jesus Culture tour that just concluded and is featured on the current live project, Living With A Fire, that is available now. Her solo career has been just as well-known with four solo projects including her 2017 studio album, On My Side, that received much praise. She also released a live EP of song selections from that project this summer along with a solo tour.

ABOUT KIM WALKER-SMITH: Kim Walker-Smith has become one of the strongest voices in worship music as a passionate worship leader bringing an entire generation into an encounter with God. Her heart is to see people transformed by experiencing God’s love and for this generation to see themselves the way God sees them. Kim has been a part of Jesus Culture since the beginning of the ministry. She carries a genuine heart to see worship change the course of lives and nations. Kim is married to Skyler Smith and together they have two sons and a daughter.