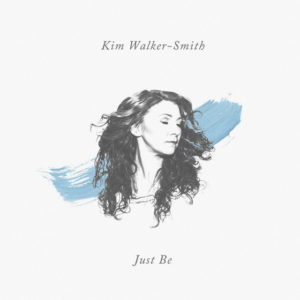 “I wrote this song with my friends Mia Fieldes and Jonathan Smith,” shares Kim Walker-Smith. “I wanted to write a song that the worship leader wants to put in their setlist and that isn’t too complicated. It’s a simple song (even a little old school) with a profound message; just be. When you come into the presence of God to worship Him, everything else can wait. There is nothing more important in that moment then just to be with Him and pour out your affection and adoration on the One who is worthy.”

As one of the top female worship leaders, Walker-Smith is known for popular worship songs such as “In The River,” “How He Loves” and “Love Has A Name.” Her most recent album, On My Side, has consumption of more than 65,000 with over 40 Million streams.

Her new book, Brave Surrender, is the story of how she journeyed from a place of shame and fear to stages around the world where she boldly proclaims the unconditional love of God. Through her own story, she inspires readers to experience true freedom and healing with Jesus.

“When we encounter God’s love, it changes the way we see,” shares Walker-Smith in her book. “And when we learn to see what He sees, we will never be the same again.”

ABOUT KIM WALKER-SMITH: Kim Walker-Smith is a voice of freedom and inspiration for countless people across the globe. For more than 10 years she has played a major role in influencing worshippers and worship teams to passionately pursue Jesus and is one of the most influential female voices in Christian music.
Kim is a founding member of the Jesus Culture band and movement. In 2006, Jesus Culture released their first record, Everything. It was followed by 13 more records, including one in Spanish and one in Portuguese. Kim’s first solo record, Here is My Song, was released in 2008. Her second solo record, Still Believe, came in 2013, and then a record with her husband Skyler, Home, and a Christmas record called When Christmas Comes. Her latest solo record, On My Side, went top 10 Overall on iTunes.

Today Kim lives just outside of Sacramento, California with her husband, Skyler, and their two boys, Wyatt and Bear, and daughter, Maisie.