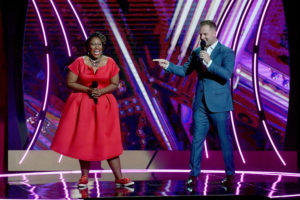 Nashville, Tenn. (Apr. 5, 2019) – K-LOVE Fan Award-winners and GRAMMY® noted artists Mandisa and Matthew West will return to Nashville’s Grand Ole Opry House on Sun. Jun. 2 as co-hosts for the seventh annual 2019 K-LOVE Fan Awards. The hosting duo made their fresh debut last year. Listeners are at the helm of the annual K-LOVE Fan Awards, getting the unique opportunity to select the nominees, choose the winners and attend the show. Nominees, performers and presenters will be rolled out in the coming weeks. Tickets can be purchased here.

TBN will broadcast the star-studded show on Jun. 9 (9pm eastern/8pm central & 9pm pacific) to its audience of more than 100 million potential households. K-LOVE Fan Awards and TBN united forces inaugurally last year to air the awards show globally. Viewers can find their local TBN channel through the network’s Channel Finder at: https://www.tbn.org/watch/channel-finder. Coca-Consolidated will again participate as a sponsor, marking their fourth year of partnership. 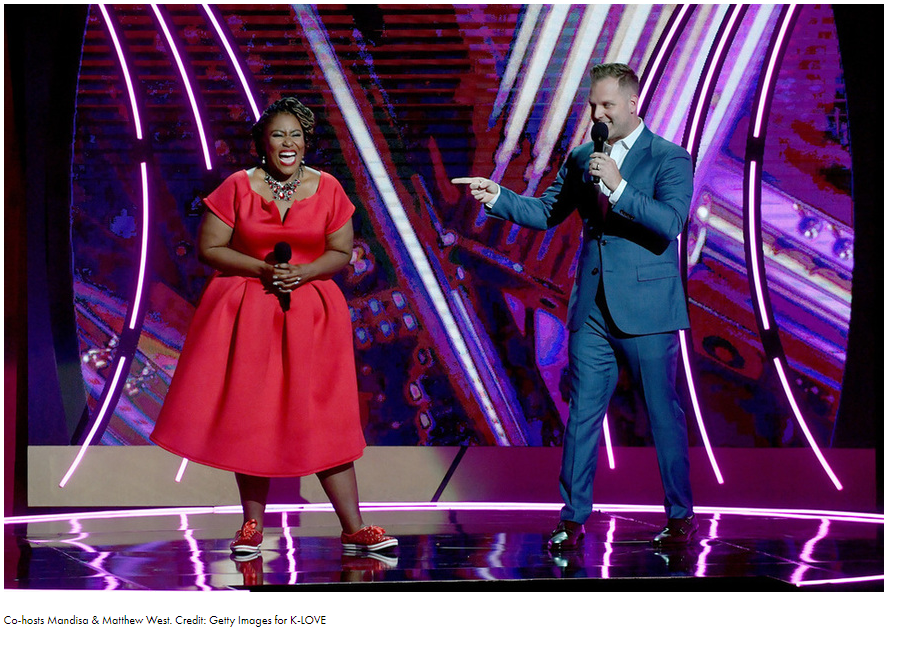 About K-LOVE:
The K-LOVE Radio Network creates compelling media that inspires and encourages you to have a meaningful relationship with Christ. With 531 total signals in 48 states, K-LOVE is enjoyed by millions of people across the country every week in markets including New York City, Chicago, Nashville, Philadelphia, Miami, Denver and many more. The K-LOVE Fan Awards mission is to create a fun, unique and meaningful fan experience that celebrates and promotes artists, athletes, authors and entertainers, who, with excellence, engage and impact popular culture for Jesus Christ.