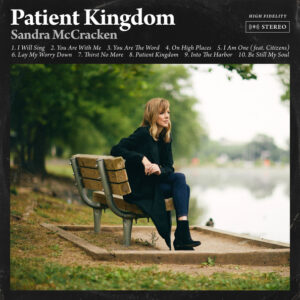 Including twelve tracks written or co-written by McCracken and produced by Ben Shive and Tyler Chester, each is a stirring, reflective soundtrack of faithfulness and patience, speaking directly into the uncertainty amidst everything going on in today’s world. Her writing reflects how we’ve had to not only slow down our plans and agendas, but to adjust or completely dismantle and rebuild them.

To achieve this, patience is required and is the common thread woven throughout the entire project. From God’s patience for us to pursue Him, the patience He granted us before, during, and after the Cross, His kingdom moves in upside-down ways but it always turns out better than we expected.

McCracken shares, “There’s a lot I don’t know, but I know I can affirm praise to God, to be in humility of asking God questions, and to be patient – to have Kingdom patience.”

With Patient Kingdom, McCracken’s deepest desire remains clear: to faithfully steward the passions, giftings, and callings God has placed on her life, whether through song, word, and story, or conservation and social justice work. “If a part of my story can be a conduit of seeing God as the most faithful, steady presence we can know, those are the stories I want to tell,” she concludes. 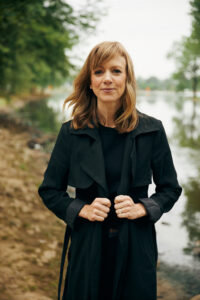 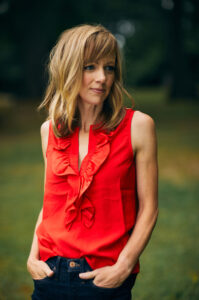 ABOUT SANDRA MCCRACKEN: Born and raised in the Midwest, Sandra McCracken has since firmly planted her musical roots as a singer-songwriter and producer in the Southern soil of Nashville, Tennessee. Through and through, she is a musician by craft, trade, and gifting, but ultimately, she is a storyteller at heart. Keenly attuned to the thin line between the temporal and eternal, her storytelling has always invited audiences—whether found in clubs or coffee shops, churches, or the Mother Church of Nashville’s own Ryman Auditorium—to consider their own humanity in relation to both creation and its Creator.
Over the course of her 14 critically acclaimed studio albums (including two projects with London indie label, Shell Records, and producer Peter Collins), Sandra has developed a body of work that encompasses hook-driven melodic pop, No Depression-style Americana, contemporary recastings of classic hymns, and even children’s music as part of the Nashville alt-folk group, Rain for Roots, which crafts Scripture songs for children alongside collaborators the likes of Ellie Holcomb and Sally Lloyd Jones. Both she and her music have long held a remarkable appeal to a wide variety of audiences, whether as a vehicle for congregations across the globe to worship God in their church communities, or in placements for film and network television shows like Grey’s Anatomy.

Sandra’s development as a songwriter, along with her love for hymns and Scripture, culminated in 2015’s Psalms, an album written and recorded during a particularly difficult time in her personal life. Throughout this season, she found herself returning to Psalm 43 and the psalmist’s desire to praise God and remember Him as the refuge He truly is, even in the midst of heartbreak. After recording Psalms, she felt a new calling, one she says, “felt like coming home to something I didn’t know I was missing”—leading others in worship, which led to serving as a worship leader in a local church for over five years.

Sandra’s passion projects have also grown outside the music world to include conservation and creation care; the albums From Smallest Seed (2014) and Together in the Harvest (2016), were inspired by her friendship with Peter and Miranda Harris, founders of A Rocha USA, a world-wide network of Christian organizations committed to biodiversity conservation. She has also become an advocate for the fight against human trafficking through International Justice Mission (IJM). It is in this work that she has witnessed a new kind of beauty within the Body of Christ, as it works together to bring lasting legal and systemic change for some of the world’s most vulnerable.

With her upcoming album release, Patient Kingdom (October 9, 2020), Sandra’s deepest desire remains clear: to faithfully steward the passions, giftings, and callings God has placed on her life, whether through song, word, and story, or conservation and social justice work. She reasons, “If a part of my story can be a conduit of seeing God as the most faithful, steady presence we can know, those are the stories I want to tell.” As long as there is an audience to connect with and an important conversation to be had, Sandra will have a story to tell.

McCracken lives in Nashville, Tennessee with her husband, Tim, and three children. For more information, please visit SandraMcCracken.com and her social links below.