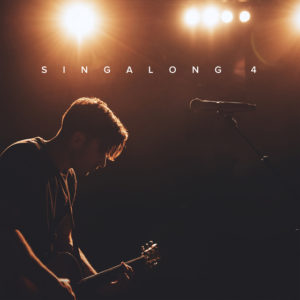 “The idea of these ‘singalong’ records started one night several years ago in Portland, Oregon. It was just me, my guitar, and a few thousand college students singing out songs of worship together. That night we pressed record and captured something truly special. It was simple, raw, and honest. That recording became the first ‘singalong’ record,” shared Wickham. “Ever since that first recording it has been a dream of mine for these ‘singalong’ projects to become something more than just records tied to my name.”

The “singalong” album series has become a highly anticipated fan favorite of Phil Wickham fans, showcasing the true talent of the worship leader where he shines most. It includes the standout tracks “Living Hope” and “Till I Found You” which have racked up nearly 50 million streams since their release and continue to impact the church and Christian radio.

“I dreamed that ‘singalong’ would be about a community coming together to worship God not only off stage, but on stage as well. With Singalong 4 that dream has become a reality,” said Wickham. “It was my honor to have Matt Redman and Brian and Jenn Johnson join with me, and I think what was captured is truly special. It is our prayer that these songs lift your eyes to Jesus, and inspire true worship in hearts.”

In addition to the new live recording, Wickham also unveiled a Singalong 4 visual album which premiered exclusively with Apple Music today. The visual piece captures the compelling night of worship from Singalong 4 on film, with a live video for each song on the record. Fans can watch the videos and experience the event by clicking here.

About Phil Wickham
Phil Wickham is, at his core, a humble and sincere artist who writes songs and worships God using the medium of music. It is with that brush that he paints images of a loving and creative God across the canvases of listeners’ hearts and minds. The evidence of this gift has been apparent on all of his critically acclaimed efforts: Phil Wickham (2006), Cannons (2007), Heaven & Earth (2009), Response (2011), The Ascension (2013) and Children Of God (2016). His RIAA platinum certified single “This Is Amazing Grace” gave Wickham his first career No. 1, holding the top spot on Billboard’s National Christian Audience Chart for 13 consecutive weeks. The honors continued as the single was named Billboard’s 2014 No. 1 Christian Airplay Song of the year and BMI’s 2015 Christian Song of the Year. In addition to its success at radio, the song has become a beloved anthem in the modern church, increasing Wickham’s recognition as a gifted artist and songwriter with a true heart of worship. Living Hope along with Singalong 4 (LIVE) are available now.

Get Connected With Phil Wickham
www.philwickham.com