Music News: I AM THEY Releases New Single “Crown Him” 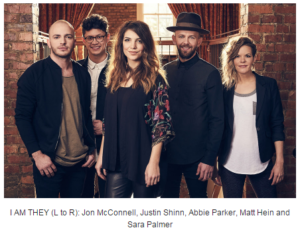 I AM THEY RELEASES NEW SINGLE AND LYRIC VIDEO: “CROWN HIM”

NASHVILLE, TENN. (APRIL 07, 2017) – Essential Records’ I AM THEY has released a new single, “Crown Him,” along with the lyric video featuring the new voice of Jon McConnell. This single is the follow-up to the band’s 2015 self-titled debut that features the band’s unique three-part vocal harmonies. Click here to check out the single.

The band’s new single “Crown Him” is a song of surrender. “Sometimes we lose sight of the eternal purposes our lives carry,” shares Jon McConnell, lead vocalist on the song. “We can get so worried about our own agendas and building a kingdom for ourselves that we forget that it’s really not about us or our kingdoms at all. Matthew 6:33 says, ‘But seek ye first the kingdom of God, and His righteousness, and all these things shall be added unto you.’ Jesus wants us to come to Him before anything; to surrender and make Him king of our lives and He will always have our back. As people hear this song, we pray that they would be reminded that whatever it is we pour our lives into, it is meant to magnify and glorify God and crown Him as king over everything; our struggles, our burdens, our victories – even the songs we sing. May we live daily in His victory and for His glory.”

I AM THEY is made up of Abbie Parker (vocals/harmonium), Jon McConnell (vocals/guitar/keys), Matt Hein (vocals/guitar/mandolin), Justin Shinn (keys/banjo) and Sara Palmer (drums) represent I AM THEY.

The inspiration for the band’s name comes from John 17. “In that chapter,” shares Sara Palmer. “Jesus is praying for his disciples and refers to them as ‘they.’ He’s praying and saying things like, ‘Sanctify them. Make them holy. They are not of the world because I am not of the world.’ He’s really interceding for his disciples. We are disciples of Christ and being disciples is just as important today as it was back then. We’re still here for the same purpose on the same mission with the same calling, bringing people to the Lord and spreading the news of the Gospel to people. We really wanted to incorporate that into our mission as a band, saying that anybody who is a believer in Christ is a ‘They.’ They are a disciple as well so we can stand together in that and really bring people into the ‘I AM THEY’ family because we are all family in Christ.” 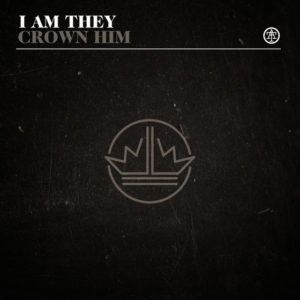