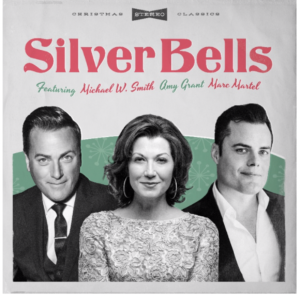 Nashville, Tenn. (December 24, 2019) — “Silver Bells,” featuring the dynamic trio made up of multi-platinum GRAMMY® winners Amy Grant and Michael W. Smith, along with Marc Martel, takes the No. 1 spot at national Christian radio this week. The reimagined version of the 1951 Christmas classic climbed to the top of Billboard’s Monitored AC and Mediabase AC Christian charts. In addition, the track was the number one most added AC song three weeks straight, with nearly 90 stations playing the single, and has the biggest audience for a new Christmas song. Check out the exclusive premieres for “Silver Bells” on People.com (video) and Parade (audio) magazine. 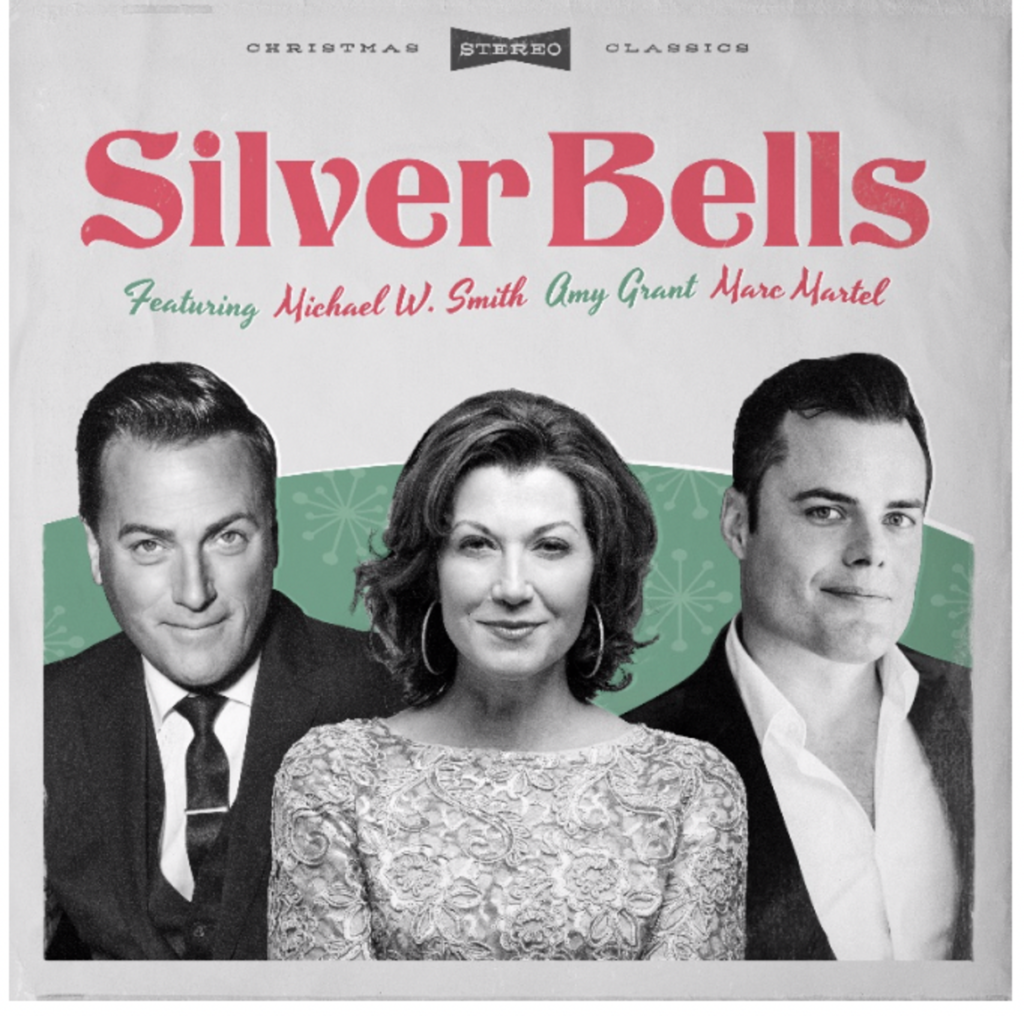 “We had so much fun recording ‘Silver Bells’ and being able to perform it live together during the Christmas tour has been extra special,” says Smith. “For the song to go No. 1 as well, that’s just something we never expected but sure are grateful for, and are so happy the fans are enjoying it too.”

“I haven’t had this experience in ten years,” adds Grant. “What a fun way to end the decade with a No. 1 song recorded with two friends.”

“What a mind-blowing honor, not only to have the chance to record with Amy and Michael, but to also have that song reach No. 1,” says Martel. “This is my first, and what a perfect end to an amazing year!”

In addition, Grant and Smith recently reunited to co-bill their popular Christmas circuit this holiday season. Joined by special guest Martel, the multi-city tour was presented by Balsam Hill® and showcased selections spanning the artists’ expansive repertoires and combined the vast collection of critically acclaimed holiday albums between them.

ABOUT AMY GRANT
Amy Grant’s career spans more than 40 years and stretches from her roots in gospel into becoming an iconic pop star, songwriter, television personality and philanthropist. With three multi-platinum albums, six platinum albums and four gold albums, her total career album sales have exceeded 30 million. Grant’s chart success has been consistent throughout her career with six No. 1 hits, 10 Top 40 pop singles, 17 Top 40 Adult Contemporary tracks and multiple Contemporary Christian chart-toppers. In addition to her six GRAMMY® Awards, Grant has earned 26 Dove Awards (including four Artist of the Year Awards) and has been awarded a star on the Hollywood Walk of Fame as well as the Music City Walk of Fame. Conventional wisdom has it that Grant put Contemporary Christian Music on the map becoming the first Contemporary Christian artist to have a platinum record, the first to hit No. 1 on the Pop charts and the first to perform at the GRAMMY® Awards. With that, her legacy as one of the most influential artists of the past four decades is assured. In April of 2016, Grant celebrated the 25th anniversary of her iconic hit “Baby Baby” with a worldwide release of the song featuring pop sensation Tori Kelly. “Tennessee Christmas” released in late 2016, marking Grant’s first all-new holiday album in nearly 20 years.

ABOUT MICHAEL W. SMITH
Michael W. Smith has been releasing new music regularly and performing around the world to sold-out crowds for the last 35+ years. During his storied career, he’s written over 35 #1 songs, been honored with three GRAMMY® Awards and 45 Dove Awards, one American Music Award, was inducted into the Gospel Music Hall of Fame and has sold more than 15 million albums. Amassing an in-depth catalog of achievements, Smith was also recently honored with a star-studded tribute concert in Nashville, TN to celebrate his 35 #1s, by a myriad of legendary performers. His recent USA Today, Yahoo! Music and Billboard-acclaimed studio album A Million Lights and Parade, Good Morning America-featured and GRAMMY nominated live worship album Surrounded have together become his 30th and 31st Top 10 hits on Billboard’s Top Christian Albums chart, more than any other solo artist in history. Inspired by Surrounded Smith hosted “A Night to Pray, Worship and Be Awakened,” the energy, passion and unity of the event is captured as it happened on “AWAKEN: The Surrounded Experience,” which was released February 2019. More than just an outstanding songwriter and performer, Smith has given back to the global community throughout his career. Smith has raised funds to battle AIDS in Africa; started Rocketown, a safe haven for young people in Tennessee to meet and find hope; and has helped more than 70,000 children through Compassion International. He has also written several bestselling books, including Old Enough To Know and Friends Are Friends Forever.

ABOUT MARC MARTEL
Long before his YouTube videos went viral, spawning an appearance on The Ellen DeGeneres Show and a performance with the surviving members of Queen on American Idol, Marc Martel spent 13 years recording and touring the globe with Canadian rockers Downhere. After hearing about a contest spearheaded by the actual members of Queen, the front man almost passed on the opportunity to enter, but with some prodding, he casually cut a version of “Somebody To Love” in 2011, and now 30 million cumulative YouTube and Facebook views later, Martel was declared the victor. Fast forward to 2019, and Martel has forged for himself a unique and diverse career. Amongst other accolades, he started his own Queen tribute show called The Ultimate Queen Celebration, which tours all over the world, including an upcoming Germany/Austria/Switzerland run in 2020. In 2018, Martel was called upon to be one of the voices of Freddie Mercury in the Twentieth Century Fox film, “Bohemian Rhapsody”, which has not only opened up touring opportunities that have brought him all over playing to sold out crowds, but has led to features by the New York Times, Good Morning America, and hundreds of other publications.