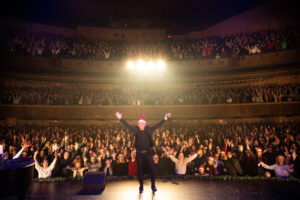 Nashville, TN (December 23, 2019) – Grammy® award winner Chris Tomlin wrapped his highly successful Chris Tomlin Christmas: Christmas Songs of Worship Tour on Friday night with a sold-out concert at the Beacon Theater in New York City. This show, one of many that sold-out during the run, was the third consecutive year Chris chose to end his tour in the Big Apple and his third consecutive time to sell out the historic venue. 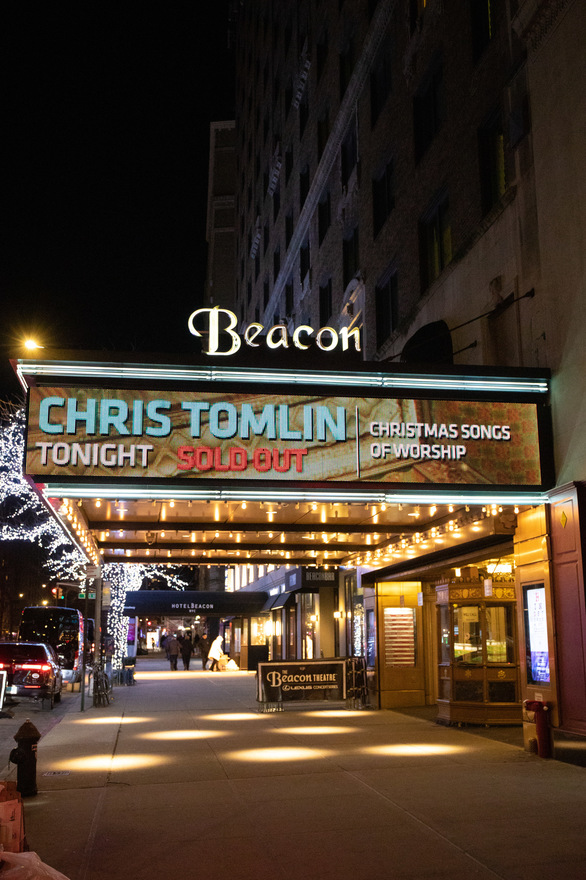 The conclusion of the Chris Tomlin Christmas: Christmas Songs of Worship Tour brought to a close a banner year of touring for Chris that included a 30-city, six-week spring tour, a third consecutive sold out ‘Good Friday Nashville’ concert at Bridgestone Arena (where he smashed his own attendance record as the largest ticketed Christian concert in the history of the venue), a sold-out headline concert at the iconic Hollywood Bowl (which became the highest attended concert of his career), Chris’ first-ever concerts in Israel and two sold-out concerts at Red Rocks this summer as well as a 20-city fall tour. 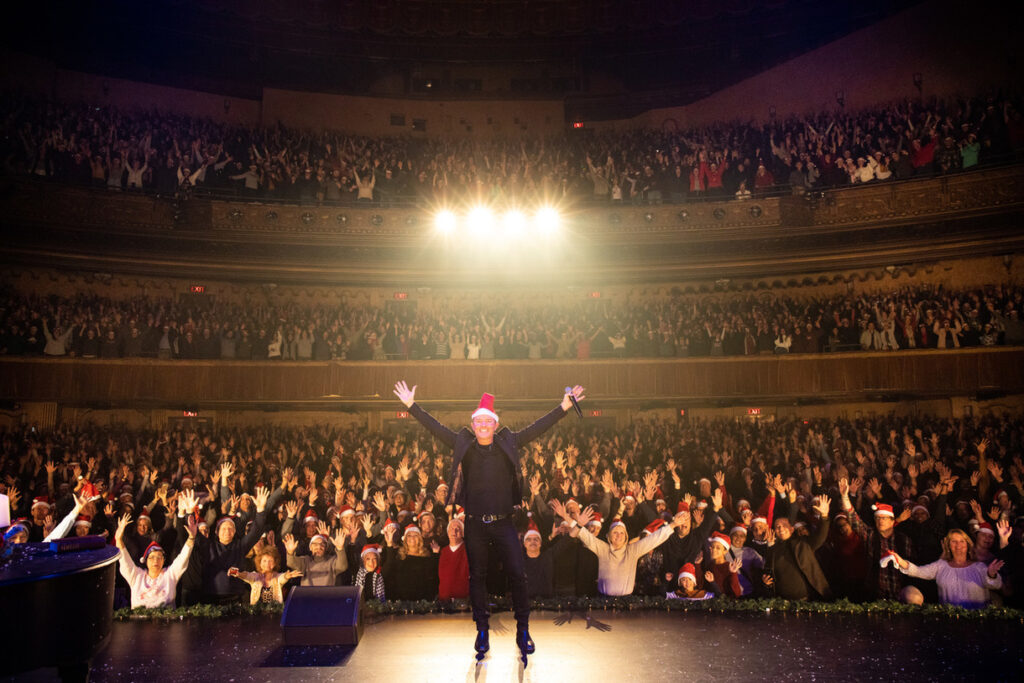 Chris will begin 2020 with a GRAMMY ® nomination for his Holy Roar album in the Best Contemporary Christian Music Album category.

About Chris Tomlin
Chris Tomlin is one of the most heralded singer-songwriters in the world who has amassed an impressive body of work. With 12 albums, 16 #1 radio singles, a Grammy and an American Music Award, 3 Billboard Music Awards, 21 Dove Awards, a BMI Songwriter of the Year Award with two platinum and five gold albums to his credit and over 8 million albums sold, Chris is among the most recognized and influential artists in any genre of music known around the world. It is estimated each week 20-30 million people sing one of his songs in worship and TIME magazine claimed he is the “most often sung artist in the world.” Chris is one of only four artists ever to receive the Sound Exchange Digital Radio Award for over 1 Billion digital radio streams, others include Justin Timberlake, Pitbull and Garth Brooks. Chris also became the first Christian artist to reach the Billion streams threshold on PANDORA and was presented with their BILLIONAIRE award. For more information visit: www.christomlin.com or follow Chris on Twitter Instagram Facebook and YouTube.