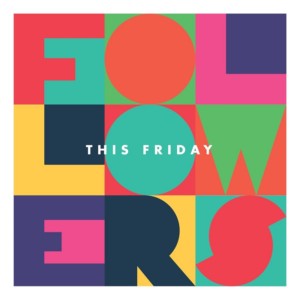 NASHVILLE, TENN. (OCTOBER 14, 2016) – Tenth Avenue North releases their fifth studio project, Followers, today. This project has already produced the No. 1 song at CHR radio with the debut single “What You Want.” Leading up to this album release, the group has posted multiple lyric videos, each accompanied by a video journal from lead singer Mike Donehey sharing the meaning behind the songs. Click here to check out the video journals and below for the lyric videos.

Media have already been touting this new album from Tenth Avenue North as a “lyrical genius” (NewReleaseToday), “fantastic release” (JesusWired), “well-rounded album that is worth your time and money” (JesusFreakHideout). The group also graces the cover of CCM Magazine out this week along with a special video interview and performance on CCM Features on Film featuring special guest Matt Maher.

Preluding this new release, Provident Label Group / Reunion Records announced that Tenth Avenue North has received its first RIAA gold certification for the album Over And Underneath. This project was the group’s national label debut that birthed their hit songs “Love Is Here,” “By Your Side” and “Hold My Heart.” The song “By Your Side” was named GMA Song of the Year (2010).

Supporting the new album, Tenth Avenue North is currently on the “What You Want” tour with special guests Hawk Nelson and Dan Bremnes. The 14-city tour kicked off last week and will conclude on November 5 in Farmington, MO. For the most recent tour information, please click here.

“I Have This Hope” lyric video

“What You Want” lyric video

ABOUT TENTH AVENUE NORTH: Tenth Avenue North (Reunion Records) made their national debut in 2008 with Over and Underneath, which spawned the hits “Love is Here,” “By Your Side” and “Hold My Heart.” Tenth Avenue North won the Gospel Music Association Dove Award in 2009 for New Artist of the Year and in 2010 “By Your Side” was named Song of the Year. The band gained further momentum with 2010’s The Light Meets the Dark and The Struggle in 2012, which continued to populate radio and the church with such memorable songs as “Healing Begins,” “You Are More,” “Losing” and “Worn.” In November 2014, the band released their fourth studio project, Cathedrals, with the first radio single “No Man Is An Island.”