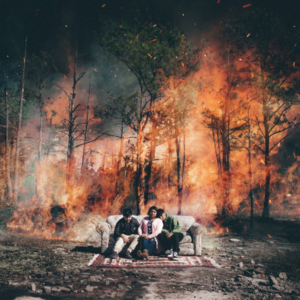 (Reach Records; Atlanta, GA; February 27, 2019) – WHATUPRG, the Atlanta based rapper, producer and self-proclaimed creative, announces the release of his sophomore EP RAUL. Arriving today (February 28), the 7-track project is now available for purchase and streaming across all DSPs here.

Naming the project from his first name, RAUL, WHATUPRG invites fans and new listeners to reckon with the young man on the other side of their headphones. The project explores themes including his Mexican heritage and his Christian faith and the frustrations at the intersections of those identities. On the raw emotion that saturates the project, RG says, “When we admit out brokenness, that’s when we’re closest to freedom”

On RAUL WHATUPRG delivers an honest, and challenging, narrative set to a soundscape as diverse as his experiences. The project culminates with a message of freedom that RG eventually discovers for himself and calls his listeners to search out as well. Concerning this very emotional 15 minutes worth of playback RG simply states, “This is my story. This is Raul.”

The son of Mexican immigrant parents, WHATUPRG is a native of Atlanta, GA. Forever representing Gwinnett County, you may recognize WHATUPRG from his work with the 4-artist collective, indie.tribe, as well as his recent contribution to the 116 single “Light Work.”