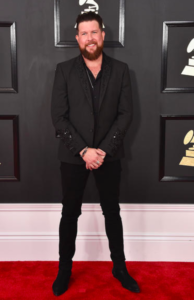 15 WEEKS AT NO. 1!
GRAMMY-NOMINATED “CHAIN BREAKER” FROM ZACH WILLIAMS BREAKS RADIO RECORD
And…Zach Makes A Splash At The GRAMMYS, Even Making The Best-Dressed List!

As Zach Williams is just returning from his whirlwind weekend in Los Angeles celebrating his GRAMMY®  nomination, he is now celebrating his hit single – “Chain Breaker” – which is literally breaking records. The impactful song continues to hold the No. 1 spot at radio – at an astounding 15 weeks to date – which has already surpassed the previous record by three weeks for a new artist’s debut song hitting the top (the title was previously held by Jordan Feliz’s “The River”). “Chain Breaker” also continues to stay on Billboard’s Hot Rock Songs Chart (No. 9), and the Chain Breaker LP is No. 12 on the Americana/Folk Albums Chart.

GRAMMYS – During his time at the GRAMMY Awards and other nominee festivities, Zach also walked the red carpet and did interviews with CBS’ Newspath, CMT, GRAMMY LIVE and more. Be sure to catch his interview with GRAMMY LIVE here. He also made TV Guide’s Best-Dressed list…way to go, Zach!

ON THE ROAD – This Thursday, Zach will head back out on the road with Big Daddy Weave’s Set Free Tour, while next month he’ll appear on four Winter Jam dates – 3/23 in Ft. Wayne, IN, 3/24 in State College, PA, 3/25 in Greensboro, NC and 3/26 in Chattanooga, TN. In April, Zach will join Chris Tomlin’s Worship Night In America Tour.

Further details for Zach’s summer and fall dates will be announced shortly, so be sure to visit his tour page for the latest information. 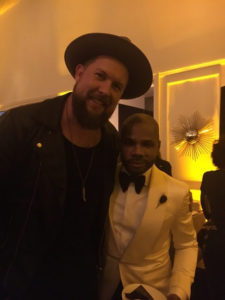 While at the GRAMMYS, Zach has some hangout time with Kirk Franklin and…. 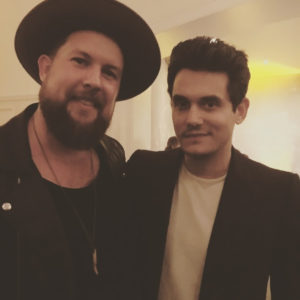